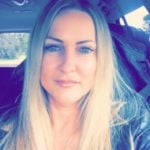 A tech writer specialising in cybersecurity, working with Redscan on this and a number of other GDPR, MDR, and ethical hacking projects.
October 12, 2021

How does RIDDOR apply to children in education?

Accidents involving children can happen in the most cautious of environments, and that includes educational establishments such as nurseries, schools and colleges. If a child or student is involved, it is important to know how to respond appropriately, by recording and reporting the incident to the Health & Safety Executive, according to RIDDOR. 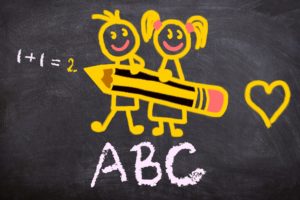 Recording and reporting accidents and ‘near misses’ is important for a number of reasons.

In addition to the obvious duty of care for the continued safeguarding of children, there’s also the issue of potential insurance claims by parents whose confidence in their child’s school to be able to operate safely may be too low.

This raises a wider question about parent responsibilities for teaching their children safe behaviours from an early age.

Reporting accidents and other incidents at school under RIDDOR  is also important for spotting trends and preventing such accidents from occurring going forward.

What must be reported under RIDDOR?

The requirements surrounding reportable incidents under RIDDOR are quite clear, as are the consequences of failing to report a case: your nursery, school or college would be in breach of the law with potentially serious consequences for the establishment.

In any event, proper recording and reporting should form part of your official health and safety policy and procedures, with periodic reviews highly recommended to help you identify and correct any safety issues where necessary.

Types of incidents that must be reported under RIDDOR:

What does not require reporting under RIDDOR?

Incidents that don’t need to be reported under RIDDOR include:

Example of a non-reportable incident:

While playing tennis on the school’s tennis courts during a lunch break, one student misplaces their footing during a volley and sprains their ankle, as confirmed by a subsequent hospital x-ray. Since the injury was not the result of any related to how the educational establishment operates, this is a non-reportable incident under RIDDOR.

How to report an accident at school under RIDDOR

If a reportable incident has taken place, the responsible person must record it in a suitable format internally, such as a school accident book, as a matter of priority. Here’s a good example, courtesy of Buckingham Preparatory School. Accident records must be kept for at least three years, electronically or in hardcopy, and can be inspected by, for instance, the National Educational Union’s safety representatives to check for your compliance with recording responsibilities.

Children injuring themselves at school or nursery may be a daily fact of growing up but, sadly, there are situations in a school environment when a child may suffer more serious injuries as a result of negligence including faulty or badly maintained equipment, slippery or defective flooring, undercooked or contaminated canteen food or a lack of supervision.

While all childcare providers, schools and other educational institutions have a vested interest to provide a safe environment for the children in their care, RIDDOR offers an important framework for ensuring standards of safety are met. It is heartening to see educators taking their responsibility seriously, with many voluntary initiatives involving regular policy reviews, first aid training provision for staff and students and encouraging the involvement of student health & safety reps.

Click here to have your say...
How does RIDDOR apply to children in education? SHP discuss the importance of utilising RIDDOR in school environments to prevent dangerous incidents going un-reported.
Dakota Murphey
SHP - Health and Safety News, Legislation, PPE, CPD and Resources

The link to accident book does not seem to work☹

Thanks Karen, that has been updated now.