Deaths in construction are highest in the capital 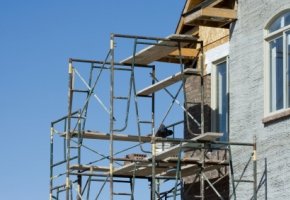 Construction deaths in 2012/13 were highest in London according to research conducted by construction union UCATT.
The findings revealed that the total number of construction worker deaths has decreased, with 39 deaths in 2012/13, down from 49 in 2011/12.
However, of those 39 fatal injuries 10 were suffered by workers in London, an increase on 2011/12 when there were 4 deaths in the capital.
Construction workers in Yorkshire saw the number of deaths double in 2012/13 from 3 to 6. In Scotland deaths increased from 3 to 5 and there was 1 death in the north-east compared to none the previous year.
Other regions saw a decrease in construction worker fatalities in 2012/13 compared to 2011/12. The east of England reduced from 7 to 3, East Midlands from 2 to 0, north-west from 7 to 2, south-east from 7 to 4, south-west from 6 to 5 and West Midlands from 6 to 2.
The research found that the most common cause of fatal accidents was falls from height, which resulted in 23 of the 39 deaths (60 per cent). This is an increase on the previous year where falls from height accounted for 57 per cent of fatalities.
General secretary for UCATT, Steve Murphy said: “The reduction in construction deaths is welcome. However, construction remains the most dangerous industry in the UK. The reduction in deaths is primarily due to falling workloads and the industry working in a more sensible manner, rather than any significant improvement in safety.
“The combination of increased construction activity and the Government’s attacks on safety laws is sadly likely to lead to an increase in construction deaths in the future.”

Discover how you can advertise with us
Deaths in construction are highest in the capital
Safety & Health Practitioner
SHP - Health and Safety News, Legislation, PPE, CPD and Resources

‘Construction’ is a collection of disparate sub-industries.Is it not time that we stopped categorising all ‘construction’ work under one head thus putting into one basket the Majors alongside the White van brigade and on-site maintenance. They are entirely different industries: in culture, training, expertise, and last but not least safety performance. By separating them out it would highlight much more clearly where the problem lies.

We will all agree that one death in the workplace is one too many. However I am from Ireland where accidents in the construction industry are at all time low. Is this because it is a safer industry or is it because there is a major recession affecting the numbers actually employed in the construction industry. Therefore in my humble opinion a further indepth study is required which will provide a greater clarity when comparing regional statistics.