Safety and Health Practitioner (SHP) is first for independent health and safety news.
May 15, 2014 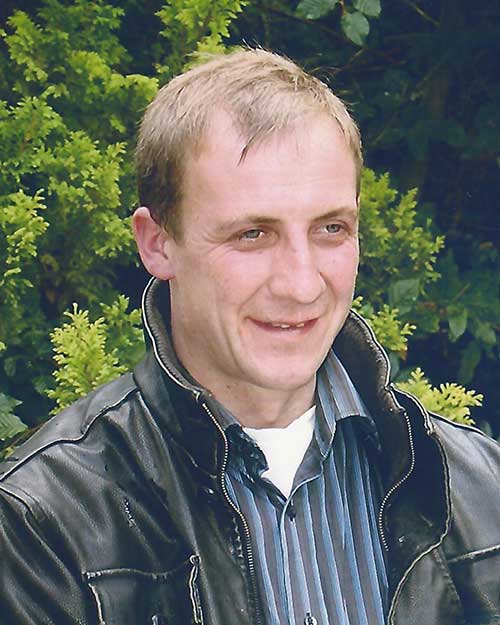 A mother has spoken of the devastation she feels after taking her son to work, and him never coming home again, following the prosecution of a Middlewich farming company where her son had been working, when he was crushed by a 1.5 tonne concrete panel.

The court heard how Sean Bennett (pictured) was helping to build a new cowshed at Yew Tree Farm in Stanthorne when the incident happened on 8 December 2010. The father-of-one farm worker from Winsford died in hospital two days later.

T Lea Sherwin Ltd, which owns the farm, was prosecuted by HSE after an investigation into his death found the lifting equipment was entirely unsuitable for the job.

Liverpool Crown Court heard that the company specialises in dairy farming but chose to build the new cattle shed without the assistance of a specialist construction company.

Mr Bennett was asked to help lift concrete panels into place to form the walls of the new cowshed. This was done by suspending panels from the farm’s telehandler vehicle, using chains and bolts to move them into place.

The court was told the firm failed to carry out a proper assessment of the risks, or to make sure a safe system of work was in place. As they lifted the panel, which was six by one metres in diameter, the bolts attached to the lifting chains snapped and the panel fell onto Mr Bennett.

Speaking after the hearing, Mr Bennett’s mother, Anne Robinson, said: “My whole family has been completed devastated by Sean’s death. We are very close and have lots of get-togethers but these have never been and will never be the same.

“Nothing can replace the loss of Sean. We have been left with a life sentence and sincerely hope that the prosecution may stop the same thing happening to another family.”

Jane Carroll, the investigating inspector at HSE, added: “The company is experienced in farming — not construction — but decided it was capable of building a new cowshed. Sadly, Sean lost his life as a result.

“The project was poorly planned, and the lifting equipment provided wasn’t capable of raising concrete panels weighing 1.5 tonnes. It was therefore inevitable that the bolts would snap when the panel was being lifted.

“The firm should have realised it was out of its depth and brought in a specialist contractor to carry out the work, rather than carrying on regardless and hoping for the best.”