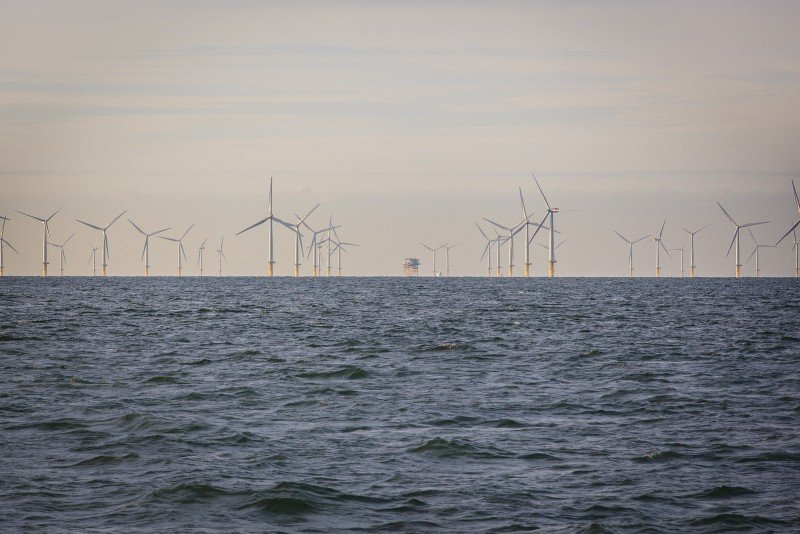 Building the world’s second largest wind farm is a massive undertaking with many inherent risks. With more than one million tonnes of equipment being lifted, nearly 100 different contracting companies working on the project and frequent bad weather to contend with, constructing the offshore Gwynt Y Môr wind farm required major health and safety planning from the outset.

But with the project on the North Wales coast all but complete, wind farm operators RWE Innogy UK can boast an exceptional record in health and safety.

There have been no fatalities or life-changing injuries on the project. Offshore, the project’s dedicated emergency response teams responded to 36 incidents that required an assessment from a medical specialist. The majority of the incidents were health-related and not a result of work activities.

After spending a day at the site to see how the construction work was undertaken, IOSH has given its seal of approval.

Simon Hatson, a committee member of IOSH’s offshore group with a particular experience of wind farms, and Lawrence Bamber, chair of the organisation’s North Wales branch, attended the visit and were impressed by what they saw.

Hatson said: “This site has a fantastic health and safety record, which is great to hear. This should be used as a benchmark for other projects in the future.” 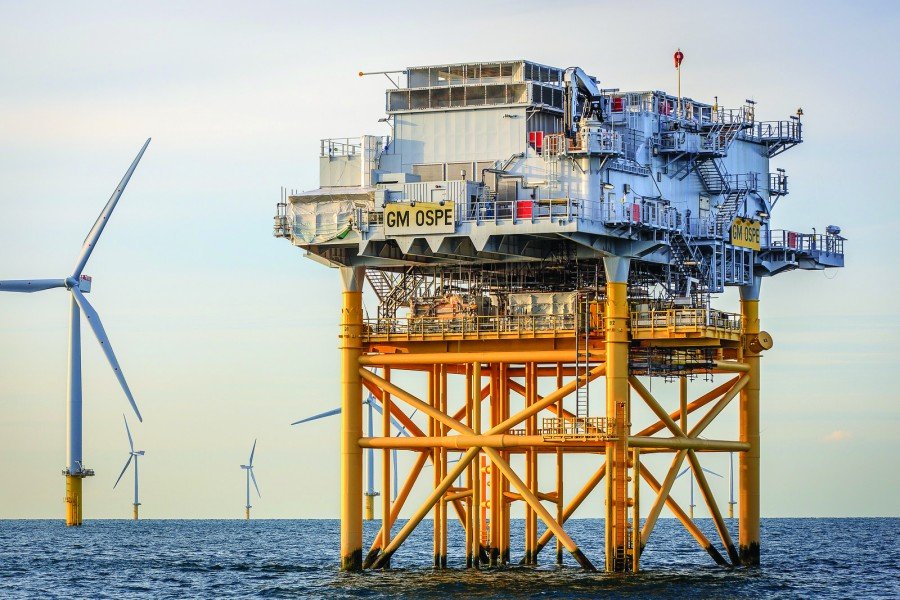 The IOSH team was given a presentation of the different phases of the construction programme, from manufacturing the components to installing them with specialist construction vessels.

They were then shown around some of the site, at the Port of Mostyn in North Wales, before heading out to sea on a crew transfer vessel to view the 160-turbine site first hand.

The turbines are located more than 13km off the coast, in Liverpool Bay. The depth of the water at the farm’s site varies between 12 and 28 metres. The entire site covers an area of 80km2.

With all turbines now constructed, and more than half operational, RWE is right to look at the project as a huge achievement.

From the outset, RWE was determined to ensure the safety of all of those involved.

Building an offshore wind farm by its very nature produces a host of potential risks, including a huge amount of heavy lifting and working in an offshore environment.

The project has amassed more than nine million man hours, including 4.5 million man hours offshore without a lost-time incident. During the height of the construction period, 64 vessels were out in the field at one time – more than in many busy shipping lanes. Meanwhile, more than 3,000 dives were carried out safely and without serious incident.

The IOSH members were impressed to hear how these dangers have been overcome.

“They have had some very difficult challenges which they have had to deal with,” said Hatson. “These include heavy lifts, diving operations, working in restricted spaces and working in an offshore environment where the usual onshore facilities aren’t always available.”

With RWE determined to ensure that the project was delivered safely, planning for the health and safety aspect started well before offshore construction began.

What became apparent to the RWE team was that they had to look at the health aspect as much as safety.

In 2011, a team from the project visited the London Olympics facilities, ahead of the 2012 Games, to see how staff would be kept out of harm’s way. The London site had been commended for the way this was being done.

Some of the Olympic construction team then visited Gwynt Y Môr to make some suggestions, which included a three-point strategy for occupational health. This strategy was centred on three Ws.

First was the ‘worker’ (including medicals, health surveillance and access to health information); second was the ‘workplace’ (checking facilities and work activities to ensure that health issues were identified and managed); and third was ‘wellbeing’ (the promotion of health, lifestyle and work/life balance).

Following the visit to the Olympics facilities, RWE identified that large construction projects often have a high risk of health-related and cardiac issues, with many workers being middle-aged men working long hours away from home.

An occupational health nurse was based on-site at least one day a week to provide personal, confidential consultations and to give free healthcare advice. The project also ran specific campaigns such as bowel cancer awareness, stress awareness and healthy hearts. 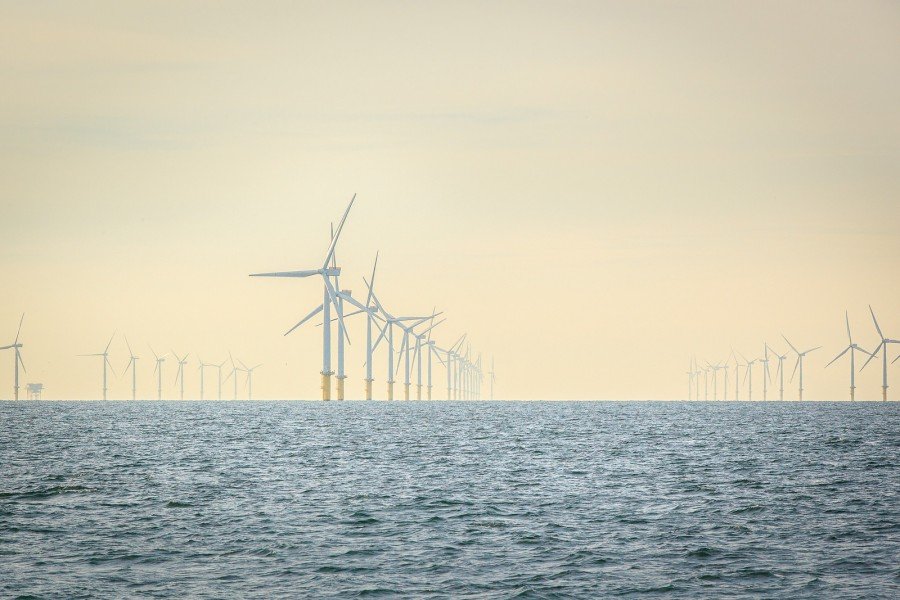 During offshore construction, which began in January 2012, the project emergency response team responded to a number of incidents where individuals were exhibiting symptoms similar to a heart attack. Of these, only one was confirmed as cardiac-related.

“The focus on occupational health and their people, bearing in mind the age range, was fantastic,” said Hatson.

“Often in such industries there tends to be more focus on safety than health, but records show that health is a bigger problem.”

Some of the early work was done overseas, including the manufacturing of various components in factories across Europe.

But, refusing to leave anything to chance, RWE sent staff out to those factories to ensure that health and safety was being appropriately considered and that working conditions were suitable.

RWE also had to ensure that contractors coming to work in North Wales from abroad were following UK health and safety standards. At the Port of Mostyn alone, up to 250 workers were on-site each day, many of them different nationalities.

One of the approaches to raise awareness of health and safety among an international workforce was to set up an awards system for good practice.

Sye Channer, health, safety, environment and security advisor on the project, said: “A lot of workers were not used to UK health and safety and how we do things.

“People said that the safety was the best that they have encountered. We hope that the culture here will be transferred to other projects.” 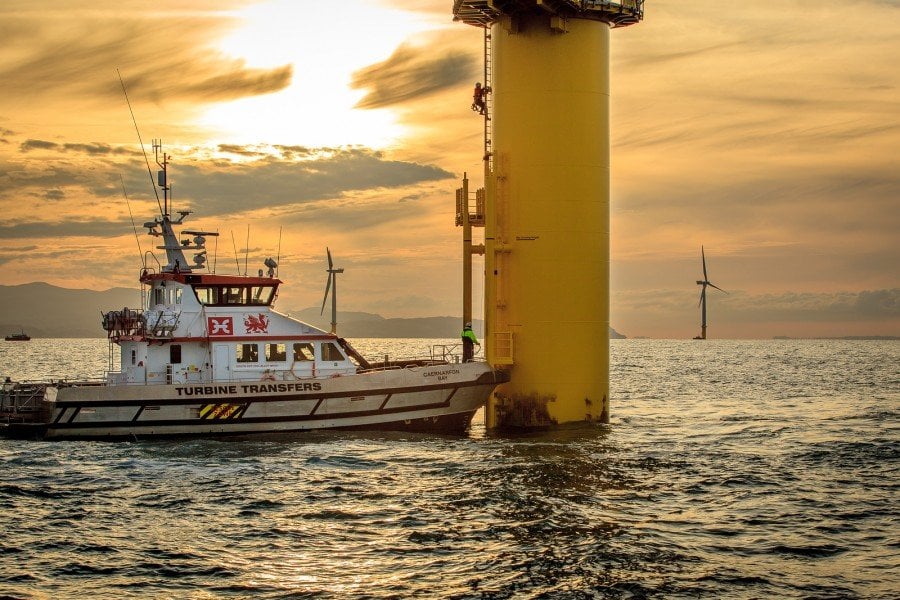 Despite doing its level best to protect workers from incidents, RWE was all too aware that accidents could still happen, and wanted to make sure that it was prepared for any eventualities.

During the early stages of construction, RWE organised Exercise Argo. This was a three-scenario exercise to test its emergency preparedness and response.

The first test was for a man going overboard, with a dummy being thrown into the sea. Within seven minutes, the dummy had drifted 1,000 metres from the point of entry.

The second scenario was a trauma injury suffered in a mock accident. RWE set a project target that any injured person could be reached within 20 minutes – far less than the ‘golden hour’ which is often referred to as being the critical time for the treatment of a serious injury.

The emergency teams were not told about the third scenario and had to spring into action when a mock heart attack situation was called in.

Darren Tape, health, safety, environment and security manager at Gwynt Y Môr, said: “The exercise allowed us to test our own emergency response teams and understand the offshore capabilities of the emergency services.”

Tape added that RWE had been determined from the start to ensure they were blazing a trail for health and safety in wind farm construction.

“For us the health and safety aspect was not just about being able to prevent and respond to incidents, it was about demonstrating that we care. What pleased me was the level of engagement from all of the contractors. We hope we have changed mind sets for contractors going elsewhere.”

From its new operations and maintenance base at the Port of Mostyn, RWE will continue to ensure that the highest standards of health and safety are maintained across its three wind farms in Liverpool Bay.

Gwynt Y Môr has a capacity of 576MW, enough to power up to 400,000 homes. Each individual Siemens turbine has a capacity of 3.6MW. The energy is transported from two offshore substations via export cables and through onshore underground cables to a new substation near St Asaph Business Park.

The only wind farm that is bigger is London Array in the Thames Estuary, which has 175 turbines. Bamber was hugely impressed with what he saw and heard on the visit to Gwynt Y Môr.

“As chair of IOSH’s North Wales branch it is great to have such wonderful facilities like these in the area,” he said.

“It shows how it should be done and how things will be done in the future. I would like to see other similar places taking a leaf out of RWE’s book and following the fine examples they have set.”

Marcus Boocock is a media officer at IOSH.