The Government has announced new plans to improve safety standards and regulations for taxi and private hire drivers. 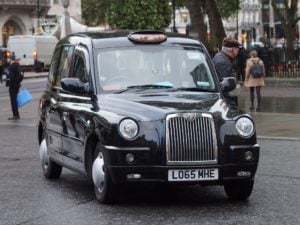 The Department for Transport has launched a consultation on tougher licensing guidelines, which include the option of installing CCTV in every taxi and private hire vehicle.

Although any CCTV systems would be encrypted, so the video footage could only be accessed if there is a crime reported.

The consultation follows the case of “black cab rapist” John Worboys, who attacked woman in his hackney carriage.

Under the proposed new guidelines, every taxi and private hire driver will have to undergo enhanced criminal record and background checks.

The Government has also promised to legislate on national minimum standards for drivers, establish a national licensing database and look at restricting drivers operating hundreds of miles away from where they are licensed.

The Government has also published its response to the Task and Finish Group’s report on taxi and private hire vehicle licensing, which was published last year and acknowledges that regulation in the sector “needs reform”.

“While the vast majority of drivers are safe and act responsibly, we have seen too many cases where taxi and minicab drivers have used their job to prey on vulnerable people, women and children,” said Taxis Minister, Nusrat Ghani.

“These rules would make sure that drivers are fit to carry passengers, keeping people safe while stopping those with bad intentions from getting behind the wheel of a taxi or minicab.”

The Chair of the Local Government Association’s Safer and Stronger Communities Board, Cllr Simon Blackburn, said the consultation’s proposals to improve safeguarding, establish national minimum standards and create national enforcement powers are “essential to provide safer journeys for passengers and fairer business for drivers”.
“The need for legislative reform to taxi laws which date back to the 19th century is now urgent,” said Cllr Blackburn.

The consultation runs until 22 April.

More information on the Government consultation is available here.

Download Now
Taxi safety: Taxi drivers set to face tougher safety standards The Department for Transport has launched a consultation on tougher licensing guidelines, which include the option of installing CCTV in every taxi and private hire vehicle.
Jamie Hailstone
SHP - Health and Safety News, Legislation, PPE, CPD and Resources