Ian joined Informa (formerly UBM) in 2018 as the Editor of SHP. Ian studied journalism at university before spending seven years in online fantasy gaming. Prior to moving to Informa, Ian worked in business to business trade print media, in the automotive sector. He was Online Editor and then moved on to be the Editor of two publications aimed at independent automotive technicians and parts distributors.
August 25, 2020

Government consulting on the use of Automated Lane Keeping System on Great Britain’s motorways. 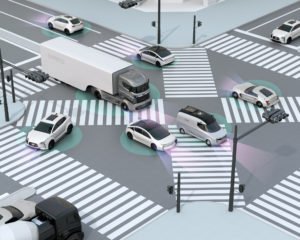 The Department for Transport (DfT) has issued a call for evidence on the safe use of Automated Lane Keeping System (ALKS) on British motorways.

Last year, SHP reported that driverless cars on British roads by 2021 with the Department for Transport (DfT) updating its guidance for testing autonomous vehicles.

ALKS is vehicle technology designed to control the lateral, left and right, and longitudinal, forward and back, movement of the vehicle for an extended period without further driver command. During such times, the system is in primary control of the vehicle, and performs the driving task instead of the driver, at low speeds on motorways.

Views are being sought in order to understand if ALKS technology is compliant with the definition of automation under the Automated and Electric Vehicles Act 2018. This act requires that the vehicle be capable of safely and lawfully driving itself without being controlled and without needing to be monitored, when in automated mode.

The responses to this call for evidence will also inform the Law Commissions’ third consultation paper due in late 2020.

Comments should be sent by 27 October 2020; click here for the document.

Back in 2018, a woman in Arizona died after being struck by a self-driving Uber car, which raised questions about the safety of driverless cars. Shortly afterwards, SHP looked into who is to blame when self-driving cars crash.

Within that article, 76% of SHP readers said that they’d rather own a manual car, stating that they would feel unsafe in a driverless car.

Preparing for the future: Road safety and occupational health in the era of autonomous cars

Hands-free driving to be made legal on British roads by early 2021 Government consulting on the use of Automated Lane Keeping System on Great Britain’s motorways.
Ian Hart
SHP - Health and Safety News, Legislation, PPE, CPD and Resources