Achieving Agility: A guide for professionals in HR, health and safety, risk and compliance

Working at height: 40 years of progress 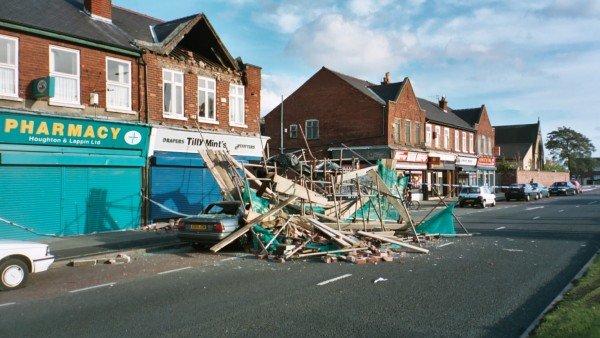 Working from height remains one of the biggest causes of fatalities and major injuries in the UK. In the first of a four-part series, David Thomas reflects on 40 years of progress.

“Those who work at height should never forget that gravity is no respecter of persons. It affects everyone; too many times with disastrous consequences resulting in serious, permanent injuries or death…” So declares the foreword to BS 8437. [1]

Gravity is a part of nature that will never change and its consequences have affected countless individuals since the dawn of time. Much has been published over the last 40 years to catalogue the toll of misery. Much has been undertaken to improve the planning of work at height; new products have come to market and new techniques adopted to help make work easier, safer and more cost-effective. New regulations have also acted as both a catalyst and a driver in requiring, and promoting, suitable and sufficient measures to be taken.

A number of historical reports provide essential reading for all construction and safety professionals. The four that are reviewed below all include ‘work at height’.

Construction [1978] [2] was published to place the 1976 accident statistics in an historical context and, “… focuses attention on relatively simple measures which, if tackled nationally, could dramatically reduce the toll of accidents in the construction industry…”.

In an interesting review of the development of legislation in construction the report concludes, “… whereas legislation has applied to an ever wider range of building and construction activities, the causes of fatal and serious accidents have generally remained the same for the last 60 or 70 years; falls of persons, particularly from ladders, roofs and scaffolds…”.

There were 154 fatal accidents in building operations (117) and engineering construction (37) in 1976. The “… somewhat gloomy, if predictable, message… is that although overall accident levels may vary from year to year, the construction industry continued … to be unable to cope with a large number of well-known and well documented problems…”.

Accidents from ladders and stepladders were consistently the highest category of falls, with the principal cause of ladder accidents being the failure to tie or to satisfactorily foot the ladder. The second highest category of falls was of persons and materials from working platforms, in particular during the erection, alteration and dismantling of scaffolds. It was noted that, “Techniques and equipment should be developed for the scaffolding industry …”.

The similarity in the rate of accidents from platforms less than 6 ft 6 inches above the ground and those from platforms above this was noted. Examples of prohibition notices against steelwork erectors were given.

It was suggested that, “Further research by the industry is necessary into methods of securing the safety of persons laying roof sheets at exposed edges… consideration should be given to… the proper use of safety nets …”. In terms of fragile roofs, “… All too often, inspectors find that no precautions have been taken or that they were wholly inadequate. Although the provision of suitable crawling boards, crawling ladders and duck boards is quite simple, too often little attention is paid to preventing them slipping, tipping or otherwise being displaced.”

Opinion is expressed that, “One of the basic problems is that serious accidents are regarded as happening only to other people. Hazards seen on site are not connected with the accidents which they could cause …”.

Safety in Steel Erection [1979] [3] stated, “The incidence rate for injury and death for steel erection workers present a particularly serious problem…” Investigation of accidents revealed, “…a widespread belief that a pre-requisite for the task of fixing steelwork at heights is a state of mind which consciously accepts risks which would be unacceptable to most construction workers… although safety belts and harnesses are often available, they are seldom used and the provision of safety nets is rare…”. Between 1961 and 1969 there were 253 fatalities of steel erectors, equating to 21 per annum (a rate of 1 in 60).

With very few exceptions the facilities provided for steel erectors to gain access to their working places was, “…exceptionally poor…”. In terms of working platforms, in the majority of cases little or nothing was done and erectors were, “… left to fend for themselves…”. Very few safety nets were used on steel erection sites and safety belts, although usually available, were, “… seldom worn …”. There was, “…no doubt that steel erectors are prejudiced against the use of safety belts and harnesses and it is likely that only a few have even tied to use them…”; a multiplicity of objections being cited. Used correctly, “…safety belts and harnesses can save lives or prevent serious injury …”. It was noted that where it was possible to the drop to exceed 2 ft the shock of the arrest of the fall should be distributed by the use of a safety harness as distinct from a belt only.

Roofs, a study of fatal accidents at work [1985] [4] – part of the series Deadly Maintenance – outlined the dangers to which people are exposed while engaged in maintenance work on roofs, based on information contained in reports of fatal accidents in 1980, 1981 and 1982 and with the aim of promulgating the lessons learnt first-hand by some people at the cost of the life of a colleague or friend.

A detailed analysis is made of fatal accidents on roofs (63), with the largest number being falls through fragile roofs (30). It is reported, “… It is clear that over 80 per cent of the accidents could have been prevented. Management and workforce alike seem unable to appreciate, or chose to ignore, the obvious and ever present risk of falling during roof work…”. It was determined that absence or failure in system of work (26) and absent or unsafe equipment, working platforms or machinery (16) were the two major causes of accidents during the maintenance of roofs.

Precautions advised are pre-work inspection; management; safe working procedures; information; instruction and training; equipment; and lifting materials to roof level. Its conclusion is that, “… The hazards associated with roof work and the means of dealing with them are generally well known in the industry… The consequences of falls from roofs are plain for all those who wish to see … Most could have been avoided.”

Blackspot Construction [1988] [5], a study of five years fatal accidents in the building and civil engineering industries, analysed 739 deaths between 1981 and 1985 and concluded that, “… most of the deaths could have been prevented…” A recurring theme was that people were killed during simple, routine, work. In my experience, this is still the case. Falls accounted for 52 per cent of deaths, with ‘roofing workers’ accounting for 99 deaths, ‘scaffolders’ (23) and ‘steel erectors’ (22). Interestingly, ‘managerial and professional status’ deaths amounted to 49. It is noted, “… People are often at risk because a recognised custom and practice in the industry is not necessarily safe practice. Workers still fall through fragile roofs… steel erectors fall from narrow beams…”. Mention is made of the need to plan and develop safe systems of work, to provide active supervision by line managers, for workers to identify danger and take steps to protect themselves, for better management of sites and the coordination of the work.

With falls being the largest single cause of deaths, the top killers were falls from roofs (142, with 75 through fragile material and 59 from roof edges); ladders and stepladders (66, with 47 during maintenance work); and scaffolds and working places (121, with 24 during erection and dismantling and 11 from cradles and bosun’s chairs, etc.). The main physical cause of ladder incidents (42) was that ladders were not secured or footed. There is little doubt that many of the accident causes, and precautions listed, still apply today.

David Thomas is technical director at The heightec Group Ltd and is also a director of Heightsayfe Ltd.

Work at any height can cause injury; a fall from a height of just one or two steps can cause serious injury.

The Regulations were amended in 2007 to extend their application to those who work at height providing instruction or leadership to one or more people engaged in caving or climbing by way of sport, recreation, team building or similar activities in Great Britain.

Download your free guide from Barbour
Working at height: 40 years of progress Working from height remains one of the biggest causes of fatalities and major injuries in the UK. In the first of
Safety & Health Practitioner
SHP - Health and Safety News, Legislation, PPE, CPD and Resources

Finalists announced for SHP’s Rising Stars in Construction and Manufacturing

Hello David
I recognised the picture!! If I remember rightly this is the one where all the fixings were removed and then they proceed to dismantle the scaffold and the whole lot fell.