Nick Warburton is former editor of SHP Magazine. He is currently working as a freelance journalist and as an account manager at Technical Publicity.
June 29, 2015 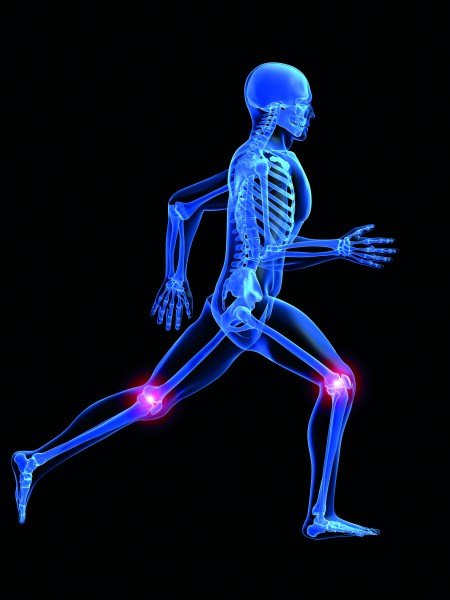 When EEF published its 2015 manifesto, Securing a manufacturing renaissance, the manufacturers’ organisation stated that the sector’s economic growth was dependent on people being fit, working and productive.

However, findings from its latest sickness absence survey, which gleaned views from 345 responses, covering nearly 84,000 employees, suggest that long-term sickness absence in the sector is potentially putting sustained growth at risk.

Equally worrying, companies are having less success when it comes to managing this type of absence and the government’s fit note has done little to help employees make an earlier return to work, despite being in place for five years.

As the survey outlines, the three leading causes of long-term sickness absence are associated with musculoskeletal disorders (MSDs), waiting times for diagnosis, treatment and recovery from surgery, and mental health.

While the government’s flagship Fit for Work service is still in its infancy, the EEF is hopeful that once it hits its stride later this year, the new approach will start to reduce long-term sickness absence levels for MSDs and mental ill-health related conditions.

However, it adds that the new service’s ultimate success with small-to-medium enterprises (SMEs) will depend on the government’s tax incentive scheme for employers and whether this motivates them to pay for employee workplace adjustments, rehabilitation or medical treatment to support early returns.

EEF argues that the Fit for Work’s return to work plan and how it is put together will ultimately determine the scheme’s long-term success.

“The current proposal is that there is a discussion between the employee and the Fit for Work service. They come out with a return to work plan and that is then given to the employer, who then has an input at that point,” explains Terry Woolmer, head of health and safety policy at EEF.

“We are saying that it’s one step too far removed. It needs to be at the earlier stage where it’s a three-way discussion between the employee, the employer, which might be the occupational health service, and the Fit for Work service to come up with a better solution.”

This is crucial because one of the reasons why GPs continue to issue low numbers of ‘may be fit for work’ fit notes (the survey reports that 26 per cent of respondents did not receive any) is that GPs are unaware of the support packages that employers can offer employees to assist early returns.

In fact, the survey reveals that only 23 per cent of employers provided GPs with information about work adjustments that they can provide, which is partly a reflection of the lack of response by GP practices to employer approaches.

“It’s quite difficult to do,” admits Mr Woolmer. “If you are an employer in London, you might potentially have to talk to a 1,000 GP practices because of where people commute to work.”

In an effort to increase the number of ‘may be fit for work’ notes, the EEF has developed a ‘fit note assistance document’, which the employer/employee can present to the GP and which specifies the work modifications and medical or rehabilitation treatments which the employer would be able to or consider providing.

What stands out in the survey is the perception among employers that the fit note still isn’t working. A significant number of respondents, 43 per cent, disagreed that the fit note has enabled those absent from work to return to work earlier. Twenty nine per cent said that it has made no difference in enabling earlier returns to work.

“The whole rationale behind the fit note was to increase the number of ‘may be fit for work’ fit notes,” says Mr Woolmer.

“There was a study done before the fit note was introduced where it was anticipated that something like 15-44 per cent of all fit notes should be saying ‘maybe fit for work’ and we’re not getting that at the moment.”

Part of the problem is that a very small number of medical practitioners appear to have been trained in the use of the fit note. The survey reveals that only around 12 per cent of GPs (there are negligible numbers of hospital doctors) have received training and very little of this knowledge is disseminated to the wider medical profession.

To drive up numbers of ‘may be fit for work’ fit notes, EEF argues that training for GPs involved in the new Fit for Work service is essential. Mr Woolmer also thinks that fit note training needs to be linked to GP appraisals.

“I don’t think there is enough incentive to do the training at the moment, bearing mind that GPs are very busy and have lots of balls to throw up in the air,” he admits. “It hasn’t got the momentum behind it. You could argue after five years, is it likely to get any traction?”

That may well be the case but with respondents saying they have growing concerns over long-term sickness levels, finding workable solutions is critical. Judging by responses, many employers are struggling to cope with two of the main causes of long-term sickness absence.

One-third of respondents said that they relied exclusively on the NHS to manage long-term employee sickness absence arising from medical investigations, tests and recovery from surgery.

“This is a significant proportion of the time off work and historically has been the number one issue from our survey,” says Mr Woolmer.

“This year, we’ve found something like 30 per cent of SMEs said that they relied solely on the NHS in order to get people back to work, so they can’t afford to pay for someone to go and see a specialist.”

Equally telling, 30 per cent indicated that they do not have any support systems in place to help employees with mental-health related long-term sickness absence.

For those that do, 35 per cent rely on talking therapies such as counselling and cognitive behavioural therapy to support staff. Few had introduced mental health awareness training for employees.

“The area where you want companies to do more is in the provision of manager mental health training so that they are better equipped to spot the signs and then manage employee mental health problems, ” says Mr Woolmer.

Possibly because of the social stigma around people presenting with mental health conditions, this sensitive issue is often perceived as being particularly difficult to deal with.

“Would you actively go to your employer and say, ‘I’ve got a particular problem here?’ I think it really depends on how open the employer is in terms of their ‘open’ mental health procedures and actively wanting to get people back to work.”

For the first time this year, EEF’s survey asked employers what they are doing to manage long-term sickness. Surprisingly, only 18 per cent of companies said that they measure the economic cost of sickness absence.

EEF is calling for a government research initiative that qualifies both the costs and the benefits of intangible and tangible outcomes, so that employers can make informed decisions about the provision of health and wellbeing benefits.

“What we’re looking at is a model that you can put certain parameters in and it will help you calculate return on investment,” says Mr Woolmer.

“Employers just don’t know. Does the introduction of wellbeing benefits actually improve employee health or reduce sickness absence? They don’t know how to evaluate it.”

What is particularly interesting is that 79 per cent of employers said they would be incentivised to pay for employee workplace adjustments, rehabilitation or medical treatment through the introduction of health tax credits or allowable business expenses.

“That links back to the Fit for Work service,” explains Mr Woolmer. “A simple example could be that physiotherapy recommends six treatments and that is going to cost £300 for the employer. We are looking for a greater benefit for the employer to incentivise them to pay that and get some sort of tax benefit from it.”

However, should an employer be less inclined to pay out, which Mr Woolmer suspects could be the case with SMEs, then an alternative would be to argue for an allowable business expense or a tax credit for the payment.

“The tax credit would have to be set at a level where it wouldn’t cost any more than the equivalent treatment or cost of treating someone on the NHS,” he adds. “That figure has got be calculated and that is the challenge that we intend to put to the HMRC.”

Looking ahead, Mr Woolmer says that EEF is comfortable with the fact that the Fit for Work service is voluntary but adds a cautionary note.

“Let’s see what happens over the next 12 months and what the level of take up is,” he says.

Next year’s survey, he concludes will follow up on the EEF’s policy asks and whether they have been realised. While the focus on the fit note will probably be dropped, EEF is likely to look much more in-depth at long-term sickness absence.