An abuse of power 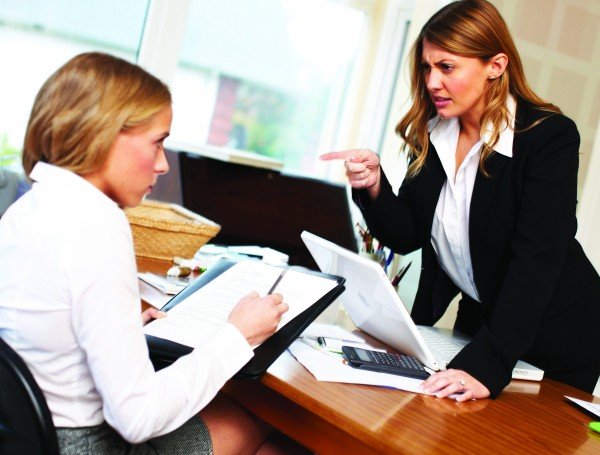 An IOSH-funded study that looked at workplace ill treatment in the UK is being replicated in the Republic of Ireland. Dr Margaret Hodgins explains the purpose of the research.

In 2011, a study was published on workplace ill treatment in the UK. Funded by the Economic and Social Research Council, this national study found that almost half of the British workforce had experienced unreasonable treatment at work in the past two years. Unreasonable treatment included unfairness, unmanageable workloads, bullying, incivility, disrespect, or violence.

This study, funded by IOSH, is now being replicated in the Republic of Ireland, by a team at Galway University. Employing the same methodology as was used in the British Workplace Behaviour Study (BWBS), 1,500 people are being interviewed in their homes about their experiences of ill treatment in their workplace.

Three organisations are also participating in qualitative case studies. The aim is to establish the prevalence of ill treatment for Irish workers, to explore patterns of prevalence and to compare patterns with those that emerged in the BWBS.

The BWBS confirmed that ill treatment is not something that is an isolated or rare experience, but is very common, and while some is at the hand of customers or clients, most originates with managers and supervisors, rendering this a ‘workplace problem’, as opposed to a ‘problem experienced in the workplace’. The study reinforced a body of previous research that demonstrates a direct and noxious effect on physical and mental health, but also found that those in poorer health were at greater risk of ill treatment.

Survey research reporting negative relationships between ill treatment and ill health sometime fails to capture the depth and extent of this phenomenon. The words of people taking part in qualitative studies are alarmingly graphic and martial, for example, ‘the bull’s eye’, ‘wounded animal’, ‘battering ram’ ‘shredded’, ‘cracked’ ‘sheer bloody torture’, ‘in the trenches’.

Given the commonality of ill treatment, health and safety professionals are increasingly likely to have to deal with it. Yet workplace ill-treatment is a notoriously intractable problem. This is, in part, due to the fact that it is often perceived as a personality problem, a spat between two people one of whom has an agenda or one of whom is super-sensitive.

The evidence, however, does not support this, and articles that encourage us to identify bully types (the sociopath, the in-your-face bully, the sneak etc.,) are misleading and unhelpful. Ill treatment, and in particular bullying, while presenting at an individual level, is a symptom of deeper problems within an organisation. Ill treatment of workers is essentially an abuse of power. It is usually hierarchical or position power but can also be social or emotional power, where the target is a member of a minority group, or in some way poses a threat to the perpetrator.

Many organisations do not or refuse to understand the basis of ill treatment. Most organisational policies and practices are implemented after the fact; in other words the target is the person who has to come forward, report incidents to management (where the perpetrator may reside) and then prove that it has happened.

Targets, however, are usually badly affected by bullying behaviour, particularly in terms of their mental health, which can limit either their strength in coming forward, or their credibility in the eyes of the organisation.

Further, targets are typically cynical about what action, if any will be taken, a reflection of the power structures in organisations, and evidenced by the findings of qualitative studies; ‘you just shut up and put up’, ‘they just ignore it, each time’, ‘if the bully realises you are on to them, they will step up their bullying’, ‘there is no benefit in showing you have been bullied – it just gets worse’.

The cases studies in this project will allow the research team to discuss and explore better solutions. For example, how would a proactive approach work? How could workplaces promote civility and respect, support initiatives that facilitate positive leadership and communication styles, reward fair and humane interactions? How can organisations address and appropriately penalise the micro politics of organisational life?

When you see the damage done to workers who have been treated badly and bullied at work, ‘that’s just the way it is around here’ seems a very lame defence. How can organisations face up to the reality of the abuse of power inherent in ill treatment? While policy and practice is developed to apparently provide a fair and balanced process for all parties, it is often neither fair nor balanced, as the one party, the employer, is also the adjudicator. This is because the power differential, and the meaning of it, is not acknowledged.

The fundamental power structures in work organisations will always be there, and are needed to meet organisational goals, but they must be sensitive to abuses and exploitations and ensure that appropriate actions are taken when this occurs. This study plans to present findings to health and safety professional in four regions in Ireland, to educate organisations about the range and extent of ill treatment, the damaging effects, and to generate alternative solutions to what is often ineffective and reactive practice.

Visit the SHP bookshop
An abuse of power An IOSH-funded study that looked at workplace ill treatment in the UK is being replicated in the Republic of Ireland.
Safety & Health Practitioner
SHP - Health and Safety News, Legislation, PPE, CPD and Resources

Body cams for ambulance staff after rise in attacks