Jamie Hailstone is a freelance journalist and author, who has also contributed to numerous national business titles including Utility Week, the Municipal Journal, Environment Journal and consumer titles such as Classic Rock.
September 10, 2019

Suicide prevention on the railway

Suicide prevention on the railways: In conversation with Network Rail’s Ian Stevens

It is a sobering fact that a suicide occurs, on average on British railways, every 36 hours.

As well as the tragic loss of life itself, suicides can personally impact railway staff and passengers who may have witnessed the event, and also bring widespread disruption to services.

But since 2010, train operators and Network Rail have been working together to address the issue with a dedicated team that has put in place a number of measures aimed at reducing the number of actual and attempted suicides on the railways. 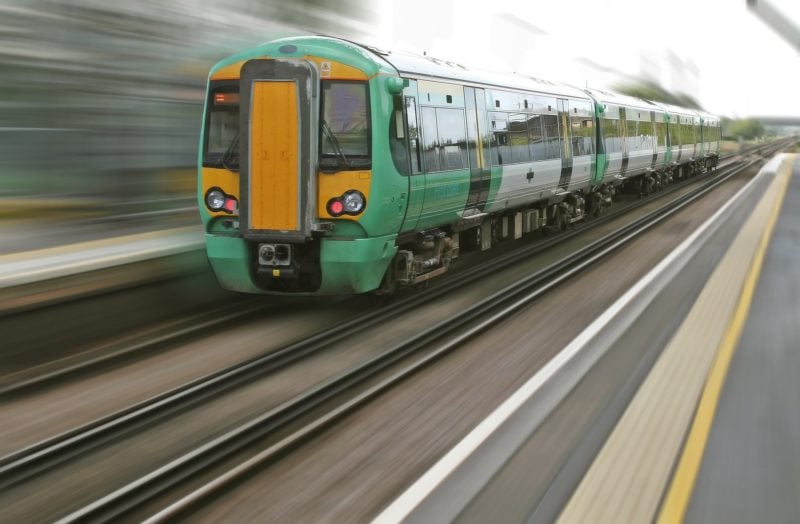 Speaking to SHP Online, National Rail’s Suicide Prevention Specialist, Ian Stevens MBE says the sector is now seen as “world leaders in what we do and how we go about it”.

“One of the key aspects of preventing suicides is preventing access to means,” says Mr Stevens.

“That’s very difficult on a railway network which is open. You only have to look at a level-crossing or a platform and it can become very open to someone seeking to take their life.”

Mr Stevens says Network Rail, British Transport Police and train operators have been working to identify the locations with the highest risk of suicide and then identify ways to try and stop people to accessing those locations.

In some circumstances, physical barriers have been introduced to prevent people accessing the end of platforms or fast lines, where trains speed through stations at high speeds.

He adds the team have also looked at introducing “psychological nudge activities” as a means of deterring people.

“On some platforms we have painted yellow hatching markings,” he explains. “If you are a driver, you will know you should not turn right if there is a yellow hatch box unless it’s clear ahead of you. Similarly, the thinking is individuals who think like that will not want to enter a hatch area on the platform.” 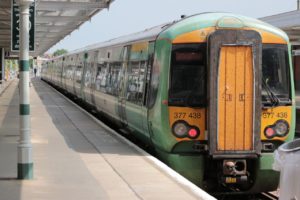 He adds Network Rail is also looking at how the design of a railway station can help prevent suicides, including having clear sight lines for staff along the entire length of a platform and repositioning seating so it is not directly facing the platform.

“If you turn seats 90 degrees to the running line, somebody who might be thinking of taking their life has to stand up, and turn 90 degrees to walk to the platform edge,” explains Mr Stevens.

“It may not sound significant, but there is the view that small activity, making the individual think what they have to do next, is enough to prevent some suicidal thinking.”

He adds Network Rail is also looking at how concourse lighting could be made brighter in places and putting infra-red sensors on platforms, which could alert staff or trigger a recorded message if a person trips them.

But he adds that Network Rail is also working with other organisations, including the Samaritans.

“A big part of our programme is to train staff and other parties in how to identify someone who may be suicidal, and be able to support them to the point where they are out of crisis,” he adds.

Since 2010, as part of its partnership with Network Rail and the wider rail industry Samaritans has trained almost 18,000 rail staff and British Transport Police officers with the skills to help someone at risk of suicide on the railway.

More than 2,500 have also been trained with skills to recognise the symptoms of trauma in colleagues and to help them seek support.

“We are the leading organisation for training staff for suicidal prevention,” adds Mr Stevens.

Network Rail has also worked with the Samaritans on the “Small Talk, Saves Lives” campaign, which encourages passengers to be aware if someone may be at risk and start a conversation.

“We know from research that passengers are keen to help other people around them,” says Mr Stevens. “We are seeing some success in terms of interventions being made by passengers as well.

“One of the key things for us is the issue of trying to break into the psyche of an individual who is suicidal,” he adds.

“What we know from research is that people only tend to be in a suicidal state for up to two hours. If you can distract them during that period of time, then you can distract that individual from taking their life. It’s a one-time event in their lives, a moment of real crisis, but if you can intervene in that moment then there’s a real chance then they will never go on to try and take their live again.” 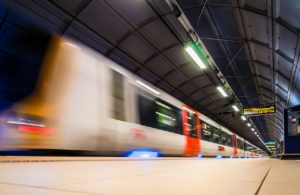 He says that one of the key things that the team have learned is there is work to do “much further up-stream and away from the railway” itself.

“So not only do we have high-risk locations, we also have an escalation process, where if we see three attempted suicides or more, we will escalate that location for a different approach to how we manage it.

“At that point, we’re going to send anthropologists in to look at the local society. We will contact the local authority, because they do not see data as quickly as the rail industry does.

“It could be there’s a particular at-risk location by a level-crossing,” he explains. “If there is a community close to that crossing, we will look to train them. So, if they are out walking and spot somebody, they will feel capable of being able to intervene.

“We employ anthropologists to look at society and the social interactions around locations, and then we will introduce some measures that will support that community.

“For example, it could be that next to the station is a café, so we will use that café to start talking about suicides and suicide prevention, so individuals at risk can hear that conversation.”

The work being done by the sector is still ongoing, but Mr Stevens says there have been notable success in recent years, where operators have worked with both local authorities, businesses and other stakeholders to improve suicide prevention at key locations.

The industry is also now sharing its learning with other railway operators and governments around the world in the hope of saving more lives.

Subscribe to the newsletter ✉️
Suicide prevention on the railways: In conversation with Network Rail’s Ian Stevens It is a sobering fact that a suicide occurs, on average on British railways every 36 hours.
Jamie Hailstone
SHP - Health and Safety News, Legislation, PPE, CPD and Resources

Its amazing how many companies suddenly like to declare themselves ‘world leaders’ is x, y or z. It’s a corny interview line that makes many role their eyes in job-interview scenarios because everybody knows they’re thousands of companies making the same claim and yet they never qualify it with any real, tangible evidence. Similarly here, they’re a number of control strategies voiced, but nothing that I would consider over-and-above a relevant duty of care.