The Rail Accident Investigation Branch (RAIB) has published this report into a fatal accident at Waterloo Underground station in London, on 26 May 2020. 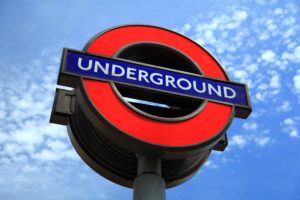 At about 10:10 hrs on 26 May 2020, at Waterloo Underground station in London, a passenger fell into the gap between the northbound Bakerloo line platform and the train from which he had just alighted. A large gap existed between the train and the platform because of the track curvature at the location of the passenger’s fall. The passenger was unable to free himself and the train departed with the passenger still in the gap, crushing him as it moved off. He remained motionless on the track and was subsequently hit by a second train that entered the station.

The accident occurred when there were no staff or other members of public nearby to assist the fallen passenger. Train despatch on the Bakerloo line platforms at Waterloo was undertaken by the train operator (driver) using a closed-circuit television system to view the side of the train alongside the platform. With only his head and arm above platform level, the passenger was difficult to detect on the despatch monitors and was not seen by the train operator. The operator of the following train was unaware of the passenger because their attention was focused on the platform and the train’s stopping point, until after the train had struck the passenger.

The investigation found that London Underground’s risk assessment processes did not enable the identification and detailed assessment of all factors that contributed to higher platform-train interface (PTI) risk at certain platforms. Consequently, although London Underground had implemented some location-specific mitigation measures at the PTI, it had not fully quantified the contribution of curved platforms to the overall PTI risk, and so was unable to fully assess the potential benefits of additional mitigation at these locations.

The investigation also found that the model used by London Underground to quantify system risk makes no allowance for non-fatal injuries, and so understates the risk of harm to passengers at the PTI and presents an incomplete picture of system risk, with the potential to affect London Underground’s safety decision making.

RAIB has made three recommendations to London Underground, regarding:

The report is available in full here.

Discussing whether more needs to be done to improve safety and risk-assessments on the tube, especially with a number of curved platforms in operation, Ben Pepper, Associate in the Accident Claims Team at Bolt Burdon Kemp, said a stronger approach is needed.

“The facts of this incredibly sad incident and the findings from within the RAIB’s report indicate that more could have been done to assess the dangers of someone falling between the train and the platform and then remaining undetected.

“An adequate risk assessment by the London Underground would have recognised the risks posed by each individual tightly curved platform, reviewed those risks regularly and prescribed actions to control them. Each platform will present a different level of risk depending on the angle of its curve.

“Had all potential hazards been properly evaluated, monitored and managed accordingly, particularly in light of platforms being quieter during lockdown, this tragic incident could arguably have been avoided.”

RAIB to investigate after track worker struck by train