Rail Accident Investigation Branch investigation will seek to identify the sequence of events which led to the accident. 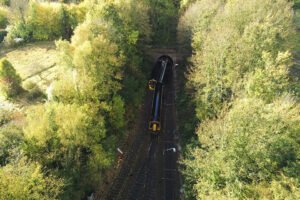 RAIB has released its preliminary findings into the rail collision at Salisbury Tunnel Junction on 31 October. It says that, at around 18:45 hrs on 31 October 2021, train reporting number 1L53, the 17:20 hrs South Western Railway passenger service from London Waterloo to Honiton, collided with the side of train 1F30, the 17:08 hrs Great Western Railway passenger service from Portsmouth Harbour to Bristol Temple Meads. The collision took place at Salisbury Tunnel Junction, which is on the immediate approach to Fisherton Tunnel, near Salisbury in Wiltshire.

The impact of the collision caused the front two coaches of train 1L53 and the rear two coaches of train 1F30 to derail. Both trains continued some distance into Fisherton tunnel following the collision, before they came to a stop. Thirteen passengers and one member of railway staff required treatment in hospital as a result of the accident, which also caused significant damage to the trains and railway infrastructure involved. 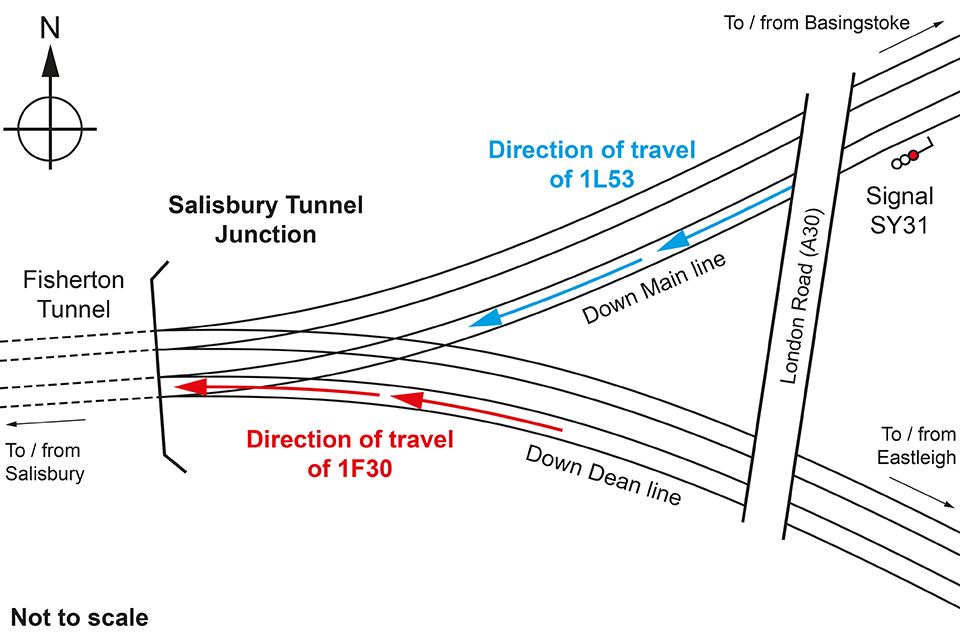 Diagram showing the layout of Salisbury Tunnel Junction and movement of trains (not to scale).

RAIB’s preliminary examination has found that the movement of train 1F30 across the junction was being protected from trains approaching on the Down Main line by signal SY31, which was at danger (displaying a red aspect). Train 1L53 passed this signal, while it was at danger, by around 220 metres, immediately prior to the collision occurring.

The RAIB says its investigation will seek to identify the sequence of events which led to the accident.

It will also consider:

The RAIB’s investigation is independent of any investigation by the railway industry, the British Transport Police or by the industry’s regulator, the Office of Rail and Road.

The findings will be published, including any recommendations to improve safety, at the conclusion of the investigation.

Managing asbestos on the railway