Jamie Hailstone is a freelance journalist and author, who has also contributed to numerous national business titles including Utility Week, the Municipal Journal, Environment Journal and consumer titles such as Classic Rock.
June 14, 2018

The Office of Rail and Road (ORR) has called on Network Rail to spend £80 million more on driver and worker safety over the next five years.

In its assessment of Network Rail’s five-year plan, the regulator has said the company needs to spend £1 billion more on renewing and replacing worn out assets, along with an extra £80 million for safety-related projects, including driver and worker safety programmes. 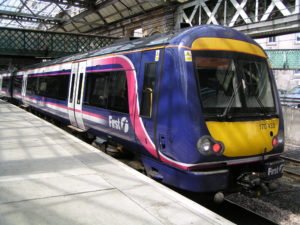 In particular, the plans examine how Network Rail has moved from a centrally-run company to one structured around eight geographic routes around the country.

The report comes at a key time for Britain’s railways, which are under fresh scrutiny following well-publicised problems with Northern Rail’s new timetable.

But the regulator’s assessment report states Network Rail’s plan for the five years until 2024 – known as CP6 – show “evidence of growing maturity in its management of health and safety”.

“The routes show varying degrees of ambition and maturity – but the matrix framework has the potential to drive the required improvements,” the report states.

“In particular, there needs to be an evolution in routes’ understanding of what the legal duty of reducing safety risk ‘so far as is reasonably practicable’ means for their investment decision-making.

“Indeed, we considered that some aspects of Network Rail’s plans do not comply with minimum safety standards.”

The regulator’s Chief Executive, Joanna Whittington, said: “ORR will be monitoring and enforcing delivery by each of the routes, so that passengers and freight customers will be able to rely on the railway for the essential service it provides.”

In response, the Chief Executive of Network Rail, Mark Carne, welcomed the regulator’s “general support” for its plans.

“It has accepted the majority of our plans, strongly supporting the changes we have been making, including our focus on bringing track and train closer together, supporting devolution, the creation of the system operator and incorporating customer-focused scorecards into its monitoring during CP6,” said Mr Carne.

“We will consider the detail carefully over the coming months as there are still some areas of concern that we will need to work with ORR on before it publishes its final determination in October.”

The full report can be read on the Office of Rail and Road’s website.