Jamie Hailstone is a freelance journalist and author, who has also contributed to numerous national business titles including Utility Week, the Municipal Journal, Environment Journal and consumer titles such as Classic Rock.
December 4, 2018

London Underground Limited and Balfour Beatty Rail Limited have been fined £100,000 and £333,000 respectively, after pleading guilty to breaking health and safety laws, following an incident at Whitechapel Station two years ago. 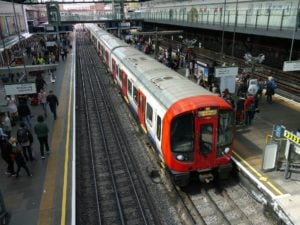 Adrian Rascarache, 36 was struck by a road rail vehicle (RRV) in the early hours on 4 June 2016, and his lower body was crushed between the RRV and the platform edge of Whitechapel station, resulting in serious injuries to his pelvis.

In a prosecution brought by the Office of Rail and Road (ORR), Snaresbrook Crown Court heard that ORR’s investigation found that despite London Underground and Balfour Beatty being aware of the risks posed by allowing workers to guide RRVs by walking along the track in front of the machine, there was no safe system of work put in place that night to address the risk.

In fact, a decision had been taken not to adopt a procedure called “send and receive”, which eliminated the need for people to walk between machines, as it was considered a slower method of working.

The regulator also found that on the night of Mr Rascarache’s injury, workers were not given the required safety briefings before starting their shift, as the signing-in procedure had been deliberately by-passed.

Following the court hearing, HM Chief Inspector of Railways Ian Prosser said: “Today’s sentences send a clear message that the health and safety of workers must not be compromised. In this instance, corners were cut as a response to perceived time pressure. This is unacceptable and resulted in the terrible injuries suffered by Mr Rascarache.

“The safety of workers is an absolute priority for the ORR and we will take appropriate action against organisations or individuals when failings are found.”

In a statement, London Underground’s Director of Renewals and Enhancements, Caroline Sheridan, said: “We offer our sincere apologies to Mr Rascarache and we deeply regret the serious injuries he sustained. TfL staff and contractors undertake some incredibly complex work across our network every day and their safety is always paramount.

“We take any incident on our network extremely seriously and we continue to work with all our contractors to ensure that our high standards of safety are maintained so that such a terrible incident does not happen again.”

A Balfour Beatty spokesperson added: “The safety of our workforce and the public is always our primary concern. Balfour Beatty has since taken appropriate corrective action to take the lessons learnt from this incident in 2016 and shared them across our business.”

Get your free copy now
London Underground and Balfour Beatty fined £433,000 after incident Adrian Rascarache, 36 was struck by a road rail vehicle (RRV) and his lower body was crushed between the RRV and the platform edge, resulting in serious injuries to his pelvis.
Jamie Hailstone
SHP - Health and Safety News, Legislation, PPE, CPD and Resources