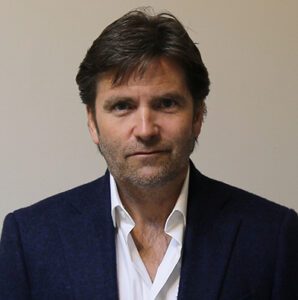 Dr Jonathan Evans, Chairman and CEO at Ash and Lacy

In September 2021, the BBC uncovered details of cladding products that failed safety tests 13 years prior to the blaze that killed 72 people.

Dr Jonathan Evans argues that there is a strong suggestion that among those products tested was the aluminium and plastic cladding that allowed for the rapid spread of fire at Grenfell in 2017.

The Government says the planned update to the Fire Safety Order 2005, the Fire Safety Act 2021, set to become law in early 2022, alongside the Building Safety Bill, will “ensure people feel safe in their homes, and a tragedy like the Grenfell Tower fire never happens again” in England.

Industry expert Dr Jonathan Evans, a member of the British Standard 8414 committee set up to review the standards of testing, has written to Housing Secretary, Michael Gove, requesting confirmation of his deductions.

In his letter, Dr Jonathan Evans displays two thermocouple charts relating to the two tests in 2002 and 2017 which indicate that, after a steady rise in temperature towards 300°C in the first three minutes of testing, temperatures both ‘escalate rapidly’, to around 900°C. This suggests that another fuel source became available during the test, which Dr Evans believes to be the cladding panels.

He states: “There are very few cladding materials that can release that much fuel energy so quickly and, given the description that the cladding panels in 2002 were ‘aluminium based’, I can think of no other explanation than this 2002 test also comprised polyethylene-cored ACM, precisely as installed on the Grenfell Tower.”

“While I can’t be absolutely certain at this stage that the system comprised PE ACM, the conclusions remain the same – that the linear route guidance in AD B (i.e. non-tested) was allowing systems that wouldn’t meet Building Regulations below 18m, never mind above it.”

The supplier of the cladding panels used at Grenfell was Arconic (formerly Alcoa), a multinational metals manufacturer. The product name was Reynobond 55PE.

In September, the Conservative government described the 2002 tests, carried out when labour was in power, as ‘experiments’ that were not designed to test the intrinsic safety of the products, but the criteria for the tests themselves.

Dr Evans also argues that the tests were a “clear forewarning of what would happen at Grenfell 15 years later”.

He adds: “Firefighters and residents have been in peril for many years due to the failure to heed the warnings of this test.

Grenfell’s ‘stay put’ advice has been partially blamed for the high loss of life in the disaster and was recently closely reviewed at the Grenfell inquiry.

The Grenfell Tower public inquiry is expected to examine the earlier tests closely, requesting information from the Building Research Establishment, who carried out the tests, exactly what was tested.

In response, the Department for Levelling Up, Housing and Communities, has said that its Building Safety Bill will make the biggest improvements to building safety in 40 years, “where successive government has failed…with more rights and protections for residents and a £5bn investment to remove unsafe cladding.

“The new Building Safety Regulator will enforce a more stringent regulatory regime for buildings over 18m and oversee the safety and performance of all buildings, ensuring products are removed from the market if they do not meet regulations.”