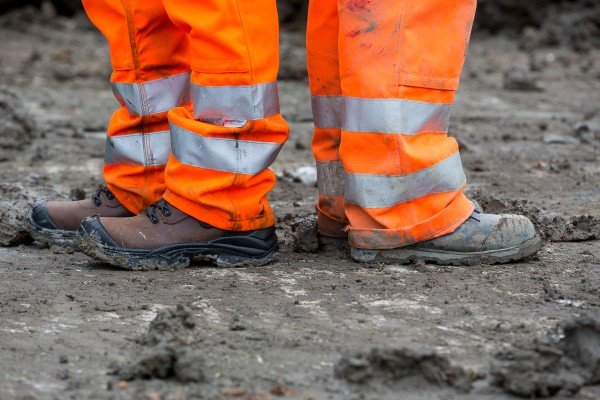 The new female PPE (Personal Protective Equipment) can be seen (left) modelled next to the current unisex issue equipment (right).

As Transport for London marks 100 Years of Women in Transport, it has introduced its first ever women’s safety clothing range, following a successful six-week staff trial.

The new range, created for TfL staff will include a wider range of high-visibility jackets, trousers, gloves and adjustable eye protection. Safety boots have been designed exclusively for TfL’s female staff, and a tailoring service will ensure female staff will have access to better-fitted, safer PPE.

Universally-sized PPE, which is typical across the engineering and construction industries, presents sizing difficulties for female staff. Feedback from the trial indicated that many women have for years resorted to safety pins or rolled up trousers to get a decent fit in clothes that can restrict their movement. Poorly-fitted PPE can also pose a trip hazard. The women’s specific safety clothing, which has been selected after carefully reviewing feedback from staff, will be more comfortable and will remove unnecessary distractions from the job at hand. 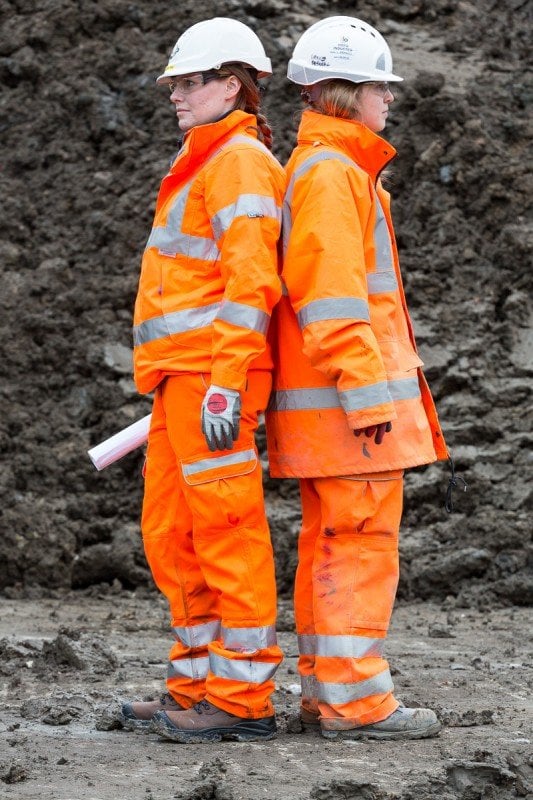 The new female PPE (Personal Protective Equipment) can be seen (left) modelled next to the current unisex issue equipment (right).

Melanie Ogden, Northern Line Extension Tunnels and Shafts Project Manager, said: “Finding PPE that fits has always been a challenge for women in engineering, whether it’s rolling up sleeves, holding up trousers or having to wear multiple pairs of socks just to keep our shoes on. A ‘one size fits all’ approach for men and women hasn’t worked, which is why it’s great to see TfL taking a lead in this area. Taking part in the trial to source new women’s PPE has been enjoyable and has resulted in comfortable clothing that allows us to move more freely and work more effectively.”

Miles Ashley, London Underground’s Construction Programme Director, said: “London Underground is committed to increasing the numbers of women working in engineering and construction. While we have a more diverse workforce than ever before, feedback from our staff tells us that our PPE has failed to keep up. It’s clear that universally-sized PPE isn’t fit for purpose for our female staff, and we’re keen to get it right. That’s why we’re introducing new safety clothing that has been designed specifically for women and are working closely with our staff to broaden the range to include safety boots too. London will need more engineers by the end of the decade to build the critical infrastructure we need, so it’s important that we take every step we can to make construction a more welcoming environment for all.” 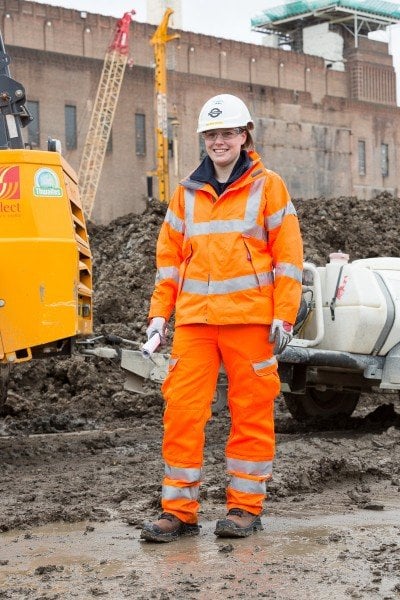 The introduction of women’s PPE forms part of Transport for London’s 100 Years of Women in Transport campaign, which celebrates the role of women in the industry. 2015 marks 100 years since women took on operational roles in the First World War and became involved in building landmarks such as Waterloo Bridge, dubbed the ‘Ladies Bridge’, which opened in December 1945. TfL is working with Crossrail, the Department for Transport, Network Rail, the Women’s Transportation Seminar and Women’s Engineering Society and others to celebrate the contribution that women have and continue to make to the transport industry.

I want some! . All of the PPE I own is mine, I paid for it because I went out and got something that fits. I had to search high and low. Yes I know your employer is supposed to pay for it but when you use someone other than their usual supplier it gets complicated. You know what big procurement departments are like! I’d rather be comfy and warm.
I spent my early years as an Engineer looking like I was wearing my Dads old clothes all baggy and scruffy.
Well done TfL.

Employers have a duty of care to ensure PPE is suitable (keys in the first P),that includes its fit, i.e. no sloppy boots that are too wide, so you drag your heals, gloves that are too big and hence inhibit your ability to work. This also applies to men who may be more slight. Appalling that all the big famous brands still don’t get it, that women do the job and need equal protection; you would not expect a larger gent to squeeze into small boots or gloves, so why expect a woman to make do, still a long way… Read more »