Firefighters in London and Greater Manchester will be given bullet proof vests, first-aid equipment and training on how to deal with terrorist attacks following a vote from Fire Brigade Union (FBU) members. 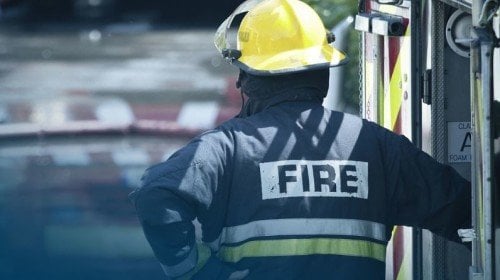 Greater Manchester Fire and Rescue Service (GMFRS) was criticised for its slow response to the 2017 Manchester Arena bombing, in which 22 people were killed.

Dave claimed securing the ballistic protective equipment and training for terrorist attacks had been a “key priority” since he joined the service in 2020.

He stated: “Greater Manchester Fire and Rescue Service (GMFRS) continues to reflect upon and learn from the evidence provided in the Manchester Arena Inquiry.

“We believe [it] is an important step towards further improving our response, should a tragedy like the arena bombing ever occur again.

“This means we can now move forward to ensure all firefighters and officers have the correct training and equipment to respond to a marauding terrorist attack or other mass casualty incident.

“This will not only greatly improve GMFRS personnel’s own safety but, critically, means we can use all our available resources to save more lives as and when these incidents occur.”

Greater Manchester Mayor, Andy Burnham, said the deal would “ensure firefighters attending a marauding terror attack are trained for the situation they find themselves in and have the correct personal protection equipment (PPE) to keep them safe.”

Assistant Commissioner for Operational Resilience and Control at London Fire Brigade, Pat Goulbourne, said the move would “further improve our response to terror incidents when they occur and increase the safety of members of the public, which is at the heart of what we do.”

Register your interest for Safety & Health Expo 2023!
Fire crews in London and Greater Manchester to be given bullet proof vests Firefighters in London and Greater Manchester will be given bullet proof vests, first-aid equipment and training on how to deal with terrorist attacks.
Safety & Health Practitioner
SHP - Health and Safety News, Legislation, PPE, CPD and Resources

3 in 5 employers have seen an increase in hybrid working since the pandemic, new survey shows