Nick Warburton is former editor of SHP Magazine. He is currently working as a freelance journalist and as an account manager at Technical Publicity.
November 27, 2015 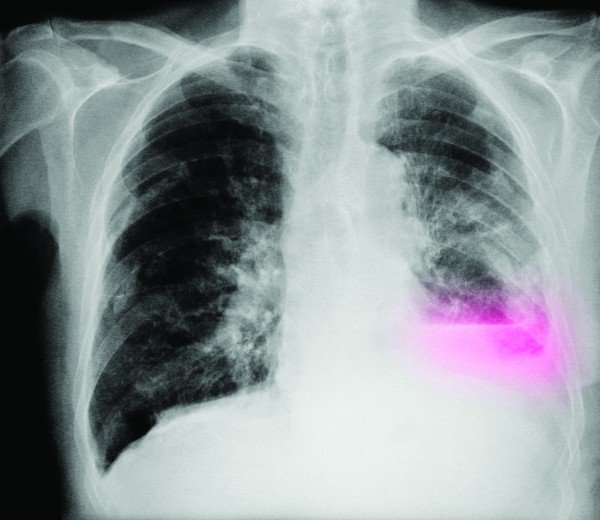 In June this year, HSE announced the appointment of nine independent specialists who will sit on a new Workplace Health Expert Committee (see WHEC members box below).

The distinguished group includes toxicologists, hygienists, epidemiologists, ergonomic specialists and occupational psychologists. Its main purpose will be to provide scientific and medical advice to HSE’s chief scientific advisor and director of research Professor Andrew Curran and to HSE’s board (see WHEC box below).

Headed up by Professor Sir Anthony Newman Taylor, the group met for its first formal meeting on 29 October to discuss key areas of work in the committee’s research programme.

Even in its formative months together, a number of significant issues have been identified for more detailed investigation: occupational asthma in the baking industry, the link between silica and lung cancer as well as shift work and breast cancer and diesel exhaust emissions.

Professor Newman Taylor explains that the link between lung cancer and respiratory crystalline silica has been identified as a particular area of focus, most notably around the strength of the evidence that silica is a carcinogenic.

“There is a question about whether the excess risk of lung cancer is among people with silicosis or whether silica is independently a carcinogen. Exactly the same issue occurred with asbestos,” he says.

“My personal feeling is that it is probably carcinogenic independently of silicosis and the reason why there is a particular excess among silicotics is that they have accumulated high exposures.”

But there are alternative explanations, he adds, which the committee needs to look at in more detail. “We need to look at what data there is about exposure response relationships, so that we can say: ‘What is the relationship of the increased risk of lung cancer to the level of respirable silica?’

“We will need to work outside formal committee meetings, so that at the meetings, we can bring forward papers for others with expertise to contribute to. I would see that as the way of working. This will require time that will be committed by myself and individual members for that work.”

As Professor Newman Taylor explains, the committee will meet officially four times a year, although its members will continue to work behind the scenes to investigate issues to bring to the table and prepare papers for discussion. From each meeting, the committee’s chair and the secretariat will prepare a quarterly digest.

“I will be explaining why it is that we will be looking at particular issues, what are the important questions, the evidence we have to date and, as we go forward, how we are progressing,” he says.

Still in its infancy, the committee’s chair explains that the group may take on additional members when required. Also, since there is a legal requirement to review the committee every three years, individual members may serve for different periods of time after the first three-year review to ensure continuity.

“If we identify areas in which we think it will be helpful to have someone with a particular skill set or knowledge, for example, in ionising radiation, we may invite them to join the committee or invite them to join us for this specific topic,” he explains.

“The membership will be reviewed at three years and members then may be reappointed for one, two or three years to avoid everybody leaving at the same time, meaning you have to start again.”

An early aim of the committee will be to determine the burden of ill health in the UK working population today. That means understanding populations at risk and the level of risk that the target group is experiencing.

“You need a sense of proportion,” he argues. “One has to decide what is most and what is less important and focus attention accordingly. That means understanding risk. We constantly come back to that need to understand risk in relation to different occupational exposures.”

Professor Newman Taylor points to Dr Lesley Rushton’s research, which suggests that 20 per cent of male lung cancer is attributable to occupational exposure. Much of it, he says, is asbestos-related.

“We are currently reaching the peak of the mesothelioma epidemic,” he argues. “There are a number of studies but, in many ways, one of the most informative, is Julian Peto’s recent studies suggesting that the number of lung cancer cases attributable to asbestos remains about the same as the number of mesotheliomas.”

This raises another question – and one that the committee will explore as part of its work programme – around the risks of asbestos in public buildings.

“There is a view that all asbestos should be removed from schools,” he explains. “I would have great sympathy with that if I was a parent. One the other hand, there was evidence presented at a recent HSE meeting that if you remove asbestos you risk increasing exposure at least in the short term. Furthermore, the evidence to date is that frequently it hasn’t been done very well, leading to an increase in the levels of exposure to asbestos.” 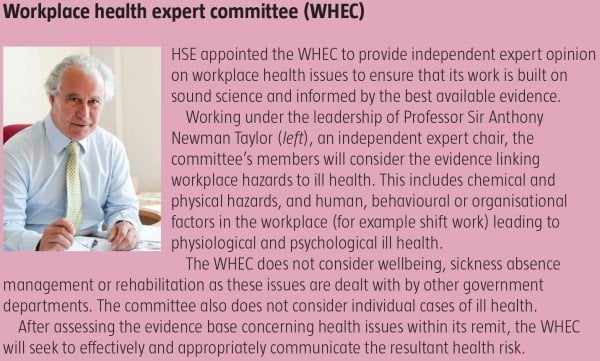 As far as asbestos-related cancers are concerned, there is strong evidence that the current epidemic of mesotheliomas is primarily related to amosite fibres used in asbestos insulation board. It’s another area that could do with more research to inform policy, although it’s difficult when long latency is involved.

“If you look at the countries with similar problems to the UK in relation to mesotheliomas, it is Australia and the Netherlands,” he points out, who also imported amosite asbestos.

“I remember 20-30 years ago, the focus was on chrysotile and crocidolite; amosite was severely overlooked. But if you look now at countries where the problems are, it’s where the amosite has been imported.”

Besides some of the issues already identified for further research, HSE’s health expert committee is open to suggestions from stakeholders and other interested parties. The committee’s website actively invites the public to submit suggestions regarding issues that it feels the new committee should be exploring.

“The baking union has been in touch with us about the problem of asthma and heat stress in bakers, so that’s one of the early things that we are going to be looking at,” he says, citing a recent example.

Then there are the new and emerging issues like nanotubules and the need for further evidence to investigate whether these developments could pose the same sort of risk that long latency diseases like asbestos do.

“There is evidence, which is developing that leads one to think that it is an important question to ask,” he argues. “People on the committee will know about what is of importance and interest within their fields but the wider public may well have knowledge of issues that we don’t and bring it to our attention.”

As the committee’s chair, Professor Newman Taylor is in a unique position. He sees the committee as an invaluable resource which can provide authoritative advice that is not only helpful from the perspective of policy but which is also recognised as being well researched by
a diverse range of stakeholders.

“If you wanted to understand, for example, how strong is the evidence for respirable crystalline silica as a cause of lung cancer, we should provide a report that could help with that. It should also provide stakeholders with a basis for understanding how we came to those conclusions.

“Even if they don’t agree with our conclusions, they will understand the evidential basis on which we came to them and that’s really important.”