Talking to a suicidal employee can save their life

Employees and employers could potentially prevent a colleague from committing suicide, by simply engaging in an open conversation with them. 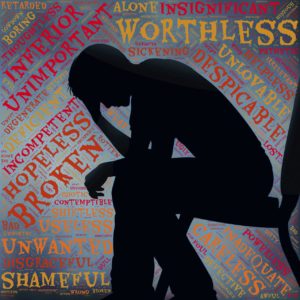 There is a common belief that talking about suicide with someone that is suicidal can be dangerous, especially in the workplace, as many employees find it awkward and hard to have an open dialogue with a suicidal colleague. However, this notion is being challenged by RedArc.

RedArc has created a campaign to raise awareness about how having open conversations with suicidal people including employees, can save their lives. It believes that anyone can immeasurably help a suicidal individual not just professionals, by asking direct questions and listening to the replies.

Senior Mental Health Nurse Adviser for RedArc, Alison Simmons, expressed the importance of erasing the stigma on being comfortable to speak about suicide and knowing what to say to someone that is suicidal, she said that “specially trained mental health professionals are obviously best positioned to support individuals who are experiencing suicidal thoughts, but that doesn’t mean they are the only ones who can help. It’s understandable that a lot of people don’t feel comfortable discussing suicide but if we put or own discomfort to one side, there is absolute benefit in tackling the subject”.

How to start a conversation with a suicidal employee

In the UK, there were a total of 6,507 suicides in 2018, which was an 11% rise from 2017. According to a 2017 report by the National Suicide Prevention Advisory, specific professions such as doctors, nurses, veterinary workers, farmers and agricultural workers had the highest risk in suicide since 2007.

Construction sites have been ranked the most lethal occupation for corporate manslaughter in the UK, but it is not just because of the dangerous machinery or risky heights, the high demands and constantly working away from home, has caused suicidal rates to be three times higher than the national average. More than 1,400 construction workers, specifically men, took their own lives in 2011. For instance, labourers, plasterers and crane operators are all sectors where there is a risk in suicide, therefore needs to be concentrated on by employers and employees.

Talking to a suicidal employee can save their life Employees and employers could potentially prevent their colleague from committing suicide, by simply engaging in an open conversation about it with them.
Samah Ahmed
SHP - Health and Safety News, Legislation, PPE, CPD and Resources