Ian joined Informa (formerly UBM) in 2018 as the Editor of SHP. Ian studied journalism at university before spending seven years in online fantasy gaming. Prior to moving to Informa, Ian worked in business to business trade print media, in the automotive sector. He was Online Editor and then moved on to be the Editor of two publications aimed at independent automotive technicians and parts distributors.
January 15, 2020

The damaging effects of harmful particulates found in construction material manufacturing and at construction worksites across the globe is becoming a major cause for concern, according to Trolex. 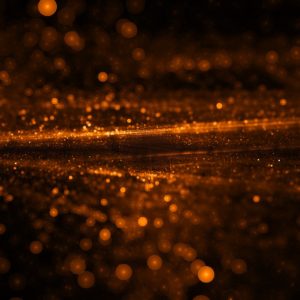 Inhalation of construction dust has long been associated with diseases such as asthma, lung cancer, chronic obstructive pulmonary disorder (COPD) and silicosis. According to the HSE, silica inhalation is linked to the deaths of 500 construction workers per year, whilst around 4,000 people die each year from COPD as a result of occupational hazards.

Joanne Poole, International Sales Manager at Trolex, said: “Although many people in the construction sector shrug off the risks posed by dust inhalation, it’s a very real danger. Construction workers are attuned to the necessity for PPE such as hard hats, high-vis clothing, protective footwear and so on, but not necessarily aware of the health risks posed by what they may be breathing in, particularly if they are involved in work such as cutting and grinding.”

“The perceived wisdom ‘it’s just dust’ is something we need to address, because ultimately it’s not just dust – fine particles from inert materials and hazardous particulates, such as asbestos and silica dust, can cause serious long-term health problems.”

The HSE says that there are three main types of hazardous particulates found on construction sites, including silica dust, wood dusts and lower-toxicity dusts. The COSHH regulations set a limit on the amount of these dusts that workers can breathe, which is estimated to be around a 40,000th of a teaspoon.

Environment Protection UK notes that smaller dust particles found in industrial locations can travel further distances, so that even employees not directly on site can suffer from the damaging effects of dust inhalation. Smaller particles also travel further into the respiratory system too, causing even greater long-term health damage.

“Although employers must carry out monitoring to comply with the minimum health and safety standards, a lot of the dangers lie in the dust that we can’t see, making it even more vital workers do as much as possible to educate themselves on the hazards posed by particulates, and the need for effective monitoring of their working environment,” added Joanne.

Currently, 18,000 new cases of work-related respiratory illness are recorded every year in the UK, according to the Labour Force Survey. Most serious health conditions caused by breathing in dust particles are as a result of repeated exposure over long periods of time, as it starts to build up in the lungs. Unfortunately, this means that by the time that the health effects become noticeable, the damage caused may be life-threatening.

“Construction dust may appear harmless, but we can’t stress enough the long-term damage this can have on healthy people in the workplace. We want to encourage employers to protect their employees and their work environment through education and the deployment of effective health and safety measures, which can range from the use of a simple face mask to sophisticated particulate monitoring equipment, such as the AIR XD,” concluded Joanne.

Download Barbour’s free director’s briefing
Safety tech manufacturer calls for greater awareness and education on ‘dust’ The damaging effects of harmful particulates found in construction material manufacturing and at construction worksites across the globe is becoming a major cause for concern.
Ian Hart
SHP - Health and Safety News, Legislation, PPE, CPD and Resources