A number of cases in the press have recently highlighted the cost to employees and businesses, in situations of disability discrimination at work, when mental health is the disability. 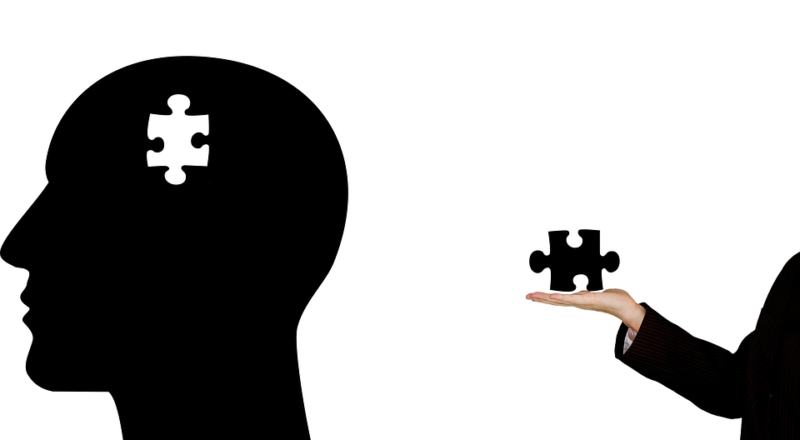 My employer didn’t seem to grasp how serious an impact this was having on my life, inside and outside of work. I couldn’t believe this was happening to me, the stress of the whole situation did not help my mental health, it just added to the pressure.

Disability and discrimination: What does the law say?

The Equality Act 2010 makes it unlawful to discriminate against employees because of a mental or physical disability.

Under the Act, a person is disabled if they have a physical or mental impairment, which has a substantially adverse and long-term effect on their ability to carry out normal day-to-day activities.

In the workplace such activities are taken to include things like using a telephone or computer, interacting with colleagues, following instructions, driving and carrying everyday objects. 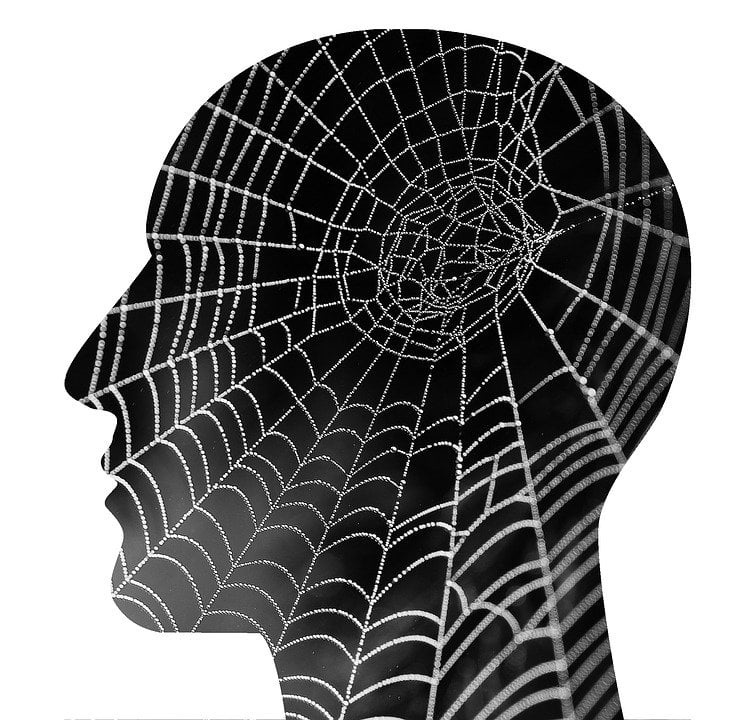 The Equality Act 2010 provides disabled people with protection from discrimination in a range of areas, including employment.

The four main types of disability discrimination are:

Direct discrimination: when someone is treated differently and not as well as other people because of disability

Indirect discrimination: can occur where a workplace rule, practice or procedure is applied to all employees, but disadvantages those who are disabled

Harassment: when unwanted conduct related to a person’s disability causes a distressing, humiliating or offensive environment for that person

Victimisation: which happens when someone is treated unfairly because they have made or supported a complaint about disability discrimination.

Failure to make reasonable adjustments is also a form of unlawful discrimination in relation to disability.

As we look at one of the cases, a big part of an organisation’s responsibilities to looking after their staff is reasonable adjustments.

As a company there are two things that are hugely helpful when it comes to looking after your staff’s mental wellbeing: reasonable adjustments and return to work interviews.

Adjustments are often very straightforward and easy and low cost to implement (hence the word reasonable) yet failure to make ‘reasonable adjustments’ for a disabled job applicant or employee is one of the most common types of disability discrimination.

Alleged failings: An Industrial tribunal found Charles Hurst Limited failed in its duty to make reasonable adjustments for Marie-Claire McLaughlin, who was employed as a customer service adviser, working an average of 47.8 hours per week.

Ms McLaughlin had previously suffered from mental ill-health and had absences from work due to bouts of depression and panic attacks. She applied to reduce her hours to 40 a week, making a specific reference to her disability and the severe impact it was having on her and work colleagues.

However, the tribunal found her request was not appropriately considered, awarding her £11,840.

Charles Hurst said it vehemently opposed all forms of discrimination.

Alleged failings: The two students are believed to have sued the university, claiming that it discriminated against their mental health needs.

Catherine Dance claimed a loss of earnings after completing her degree a year late due to mental health problems. She said she was forced to take a year-long break from her law degree because staff at Jesus College refused to allow special arrangements for her exams.

She has sued the college for psychological harm and loss of earnings, claiming that she sacrificed a year’s potential salary from a lucrative graduate job.

Alleged failings: Defense giant BAE Systems was ordered to pay a former secretary £360,000 after one of its managers “made a ‘clumsy’ comment that pushed her into a period of mental ill-health and ended her employment”.

The Court of Appeal heard that Marion Konczak worked for BAE Systems as a secretary from 1998 until she was dismissed in July 2007. Konczak claimed she was bullied and harassed, including two incidences of sexual harassment.

After relocating office and moving to a new role which she was unhappy in, she applied for a role back in her original office. Her line manger suggested she apply for a role with her old team, but Konscak argued this would involve working with some of the same people she had raised complaints against in the past. This was discussed in a meeting and Konscak broke down in tears.

It was heard that the manager came to see her afterwards.

“In what appears to have been an attempt to express sympathy, however clumsily, he said words to the effect that women take things more emotionally than men, while men tend to forget things and move on,” the Court of Appeal judgment explained.

Following the conversation, Konczak’s doctor certified her as unfit to work because of work-related stress. She did not return and was subsequently dismissed because, as BAE explained, “it not being appropriate for the claimant to return to her old job in the commercial department and … there being no other positions for her”.

Following several hearings at employment tribunal and employment appeal tribunal (EAT) level (the courts either made no finding on or dismissed 15 complaints of sexual discrimination), it was decided her dismissal had been unfair and the EAT eventually concluded Konczak was entitled to £360,178.60 in damages.

BAE appealed to have the payout reduced, arguing the award was “excessive”, but this was dismissed by the Court of Appeal.

So how do we know when mental health becomes a disability? 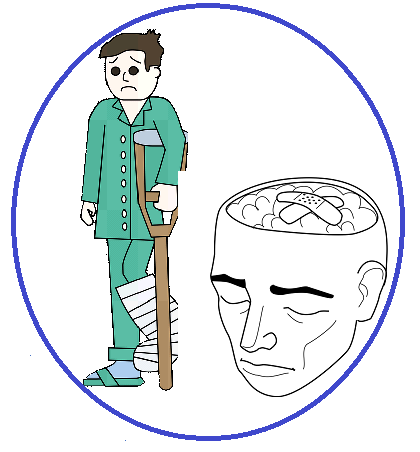 Disability and in particular that which relates to mental health is notoriously complex, and the relationship between disability and capacity to carry out workplace duties, and its relationship to health and safety, has led to some complicated cases. To be answerable for alleged disability discrimination an employer has to know, or be in a position where they should have known, that the employee is disabled.

Laura Hutchison, Senior Enforcement Officer, Equality and Human Rights Commission, in her article says that one of the unique aspects of disability, compared to the other characteristics protected by the Equality Act 2010, is there is often disagreement between the employer and employee about whether the employee is in fact disabled, and whether the employer was aware, or should have been aware, that the employee was disabled.

To be answerable for alleged disability discrimination an employer they have known, or be in a position where they should have known, that the employee is disabled.

The Disability Convention, which was ratified by the EU and the UK in 2009, sets out a definition of a disabled person as: “those who have long-term physical, mental, intellectual or sensory impairments which in interaction with various barriers may hinder their full and effective participation in society on an equal basis with others”.

‘Substantial’ is more than minor or trivial, eg it takes much longer than it usually would to complete a daily task like getting dressed. ‘Long-term’ means 12 months or more.

To know that an employee’s mental health condition is a disability, and to understand which reasonable adjustments would be suitable and sufficient, employers must communicate regularly with staff, and aim to create a healthy culture around the topic of mental health.

Providing training, and initiatives, to encourage staff to seek help and support where needed, is one of the best ways as an employer to demonstrate to your employees how valuable their health is to the company.

Ensuring anyone that speaks to a manager about a mental health issue is dealt with professionally, and their situation is handled with confidentiality is key. Research shows carrying out a return to work interview is one of the most effective ways to manage attendance and reduce absence.

But, of the things to consider, reasonable adjustments – not just after a problem has been identified, but before a situation has escalated – is the best thing to help employees, your business and yourself, to meet moral obligations as an employer.

Listen now!
Mental ill health in court: Disability and discrimination A number of cases in the press have recently highlighted the cost to employees and businesses, in situations of disability discrimination at work, when mental health is the disability.
Lauren Applebey
SHP - Health and Safety News, Legislation, PPE, CPD and Resources

Digital Health & Literacy – Computer Vision Syndrome / Screen Fatigue / WULD’s / MSD’s Regardless, of expediency, denial, omission or ignorance of current and long standing occupational health regulation or legislation requiring prevention or at least mitigation of significantly debilitating affects of over-exposure to sub-optimal display screen ergonomics the employee is nevertheless “Disabled” ! “Under the Act, a person is DISABLED if they have a physical or mental impairment, which has a substantially adverse and long-term effect on their ability to carry out normal day-to-day activities. In the workplace such activities are taken to INCLUDE THINGS LIKE USING A… Read more »