New research from think tank, the Institute of Employment Rights (IER), has found the risk of COVID-19 transmission in the workplace remains significant and is being ‘dangerously downplayed’ by the Government’s ‘light-touch approach’. 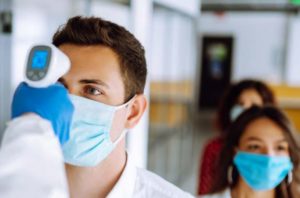 HSE and COVID at work: a case of regulatory failure, put together by 11 specialists in occupational health and safety and labour law, has criticised the HSE and the Government for ‘not adequately enforcing’ it’s “COVID-secure” guidelines, adding that the Government’s strategy reveals an ‘underfunded, light-touch approach through an understaffed agency which failed to regulate the risk to workers’.

Andy McDonald, Shadow Secretary for Employment Rights and Protections, called the findings of the report ‘deeply concerning’, saying: “In a time of national crisis it is more important than ever that the Government’s actions are held up to scrutiny.”

Released one year on from the World Health Organization characterising the COVID-19 outbreak as a ‘global pandemic’, the report aims to use lessons learned from COVID-19 to pose questions about the way in which work health and safety is currently regulated and the changes needed to update our laws and practices.

The role of work in transmitting the disease was recognised from the outset of the pandemic. In May 2020, the Office for National Statistics identified 17 high-risk occupations and ‘clusters’ of cases quickly emerged in a wide range of sectors from public services to food processing and retail. Public Health England (PHE) figures have since revealed the highest-risk workplaces were offices, which accounted for more outbreaks in the second half of 2020 than supermarkets, construction sites, warehouses, restaurants and cafes combined.

Workplace infections account for a significant proportion of all COVID cases. An analysis of PHE data conducted by Professor Rory O’Neill, one of the co-authors of HSE and COVID at work, revealed that 40% of people testing positive for COVID-19 reported prior ‘workplace or education’ activity. Meanwhile, a survey of call centre workers by co-author Professor Phil Taylor revealed that over one in three (35.4%) were seated less than two metres away from their colleagues in contravention of social distancing rules. This is despite a warning from the Government’s own SAGE advisors that reducing social distancing to one metre rather than two could increase transmission ten-fold.

“Workers exposure to the virus has demonstrated graphically, the lack of control measures in workplace”.

In May 2020, the Government declared workplaces “COVID-secure” and reassured workers that this would be enforced through a £14m package for HSE ‘spot checks’. But IER’s analysis found strong evidence that risk was not sufficiently mitigated in workplaces because COVID-19 rules were not adequately enforced.

In a recent interview with SHP, due to be published soon, Hilda Palmer, from Manchester Hazards Centre, a campaigner and facilitator of Families Against Corporate Killers and SHP’s Most Influential Individual in Health & Safety for 2020, highlighted that: “health and safety law still exists, even in a pandemic.” She accused the HSE of ‘abandoning workers’

The IER’s analysis of the Government’s strategy reveals an underfunded, light-touch approach through an understaffed agency which failed to regulate the risk to workers and, by logical extension, to communities, including carers, pupils and students in education and their parents. The magnitude of this risk has since been tragically borne out by large workplace outbreaks such as that seen at the DVLA’s Swansea offices, while the Government’s underwhelming response is reflected in the complete absence of prosecutions of employers known to be breaking COVID rules.

Lord John Hendy QC, said: “What we lacked is any guidance to employers as to how to carry out a risk assessment of what is required by way of ventilation, which will mitigate or remove the risk. Just think for a moment about a school. How are the school governors, or their head teacher, or the teacher in charge of the classroom, to calculate, how many windows need to be open or what activities are being conducted in that particular classroom, in order to maintain a safe, risk free environment. There is no guidance at all, so far as I can see, from the HSE. That seems to me to be a major failing.”

“Children have been told they must wear face coverings at school, yet workers are not told to wear them at work”

Professor Rory O’Neil, continued: “There has been a drift within HSE from a tripartite regulator to a government agency. They dropped responsibility for COVID-19, saying it’s a public health issue rather than a workplace issue.”

Professor Phil James, Lead author and Professor of Employment Relations at Middlesex University, added: “The criticism we are making is of HSE and Government, not of HSE staff, the blame must lay at the door of Government.”

An HSE spokesperson told SHP: “We have been made aware of the report and will examine its findings.”

Key factors identified in the report

A decline in workplace inspections even as risk increased

A light-touch approach to employers and the law 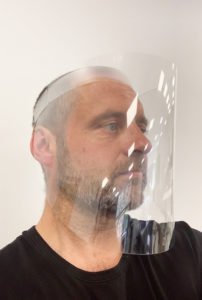 Andy McDonald, Shadow Secretary for Employment Rights and Protections, said: “In a time of national crisis it is more important than ever that the Government’s actions are held up to scrutiny. The findings of this report are deeply concerning – if health and safety laws and COVID-19 rules are not enforced, they are not worth the paper they are written on.

“When a deadly disease sweeps the country, we need worker protections more than ever, yet the Government has effectively shielded employers from prosecution even while coming down hard on individual citizens who break the same rules. We have seen the tragic results of under-regulated workplaces in outbreaks across the country, including at the DVLA offices in Swansea. The workers affected – and those in our emergency services and NHS who fought to save their lives – deserve answers as to how this was allowed to happen.”

Professor Phil James, Professor of Employment Relations at Middlesex University and Editor of the report, said: “When the pandemic was declared on 11 March 2020, the Government had to decide how it would balance the protection of public health with the protection of the economy. A year later, our analysis suggests it got that balance wrong. Our jobs are among the most important features of our lives, but they are not worth our lives, nor are they worth the lives of colleagues, family and friends.

“This light-touch approach to the regulation of businesses during the worst pandemic we have seen in 100 years must now be subject to a major independent public inquiry to understand what went wrong and how we can do better. It is vital that we learn from the failings of workplace regulation over the last year, because this pandemic proves that workers’ health is also public health – it benefits us all.”

Lord John Hendy QC, Chair of the IER and a co-author of the report, said: “Something has gone very badly wrong when enforcement action has been taken against over 40,000 members of the public and holidaymakers are threatened with ten years in jail but employers known to have put thousands of people at risk are getting off scot free. There has been health and safety legislation on the UK’s statute book for over 200 years. The current regulations are well known and could have been reasonably and effectively applied to protect workers. They were not. Had employers been reminded of their legal duties and these laws enforced through robust inspections and effective penalties, workplaces could have been made a lot safer than COVID-19 has shown them to be.”

Carolyn Jones, Director of the IER, said: “The Government and HSE has neglected perhaps the richest resource at their fingertips in their exclusion of the UK’s nearly 100,000 trained trade union health and safety representatives from their ‘COVID-secure’ strategy. Several comparative economies have adopted a co-enforcement approach whereby the State and trade unions work together to ensure the health and safety of those at work and the models that work well internationally should be considered in building a similar approach in the UK. In the second stage of our health and safety project, we will take evidence from representatives across the economy and society to understand how better cooperation between all concerned can make a difference in the future.”

Concluding this initial report, the team made the following recommendations:

The team behind the report will now establish a Committee of Inquiry that will take evidence from relevant parties to understand how reforms to health and safety legislation could provide better protection for workers in modern workplaces.

Click here to read the HSE and COVID at work: a case of regulatory failure report in full.

Click here to order a hard copy of the report and find out more about the authors.

The biggest issue for enforcement is lack of staff as a result of lack of money. There is no defined level of H&S Inspectors in either the HSE or in local authorities, other than the vague ‘adequate’ described in HaSWA. My own local authority has cut H&S Inspectors by around 80% over the last 8 or so years. A simple formula for the HSE and local authorities based on number of inspectors per 1,000 businesses would mean an increase in Inspectors and an increase in enforcement/intervention/support from regulators. At the moment in my authority, we are around 20,000 premises per… Read more »

Not exactly a Neutral / Unbiased organisation, as they are a Labour Party supporting “Charity”. Can’t seeing them agreeing and praising much of what the present Elected Government does.

I am about to make a formal complaint to the HSE regarding my previous employer. I was a H/S rep for Unite and also in the process of bringing a constructive dismissal case to an employment tribunal, due to my previous employer being unable to provide me with a safe place to work this breaking my contract and forcing me to leave. The pre lockdown risk assessment had no staff or union input, which contravenes HSE guidelines and senior management misled the unions regarding the importance of their daily tasks and even went to the lengths of reclassifying jobs from… Read more »

Who is the author of the article, please?

This article was written by Institute of Employment Rights.