Seven-in-10 college staff have considered quitting as workloads and stress levels rise, according to a new survey.

The poll by the National Education Union (NEU) found that 80% of further education staff in England said their workload has increased over the last 12 months.

Around two thirds (62%) said this increase was because there are fewer staff in their workplace, 35% said they had to teach more hours, 34% had new subject areas to teach and 31% had more classes to teach. 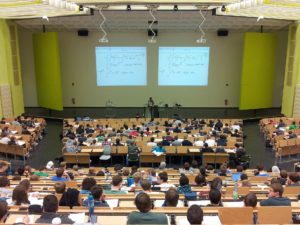 According to the survey, more than a third (39%) of further education workers have discussed stress with a health professional and 12.4% have been signed off with stress.

And a further 16.44% believe they are suffering with stress but haven’t discussed it with a health professional.

Among the issues that worried further education staff the most were job security (26%), working conditions (24%) and pay (15%).

And around half (49%) said they work over seven hours more than they are contracted to each week – the equivalent of an extra day a week – with 88% saying they have to work extra hours because their workload demands it, and 37% saying it is expected of them.

“It is not surprising that so many further education college staff have considered leaving – they have faced huge turmoil in the sector with the area reviews and are suffering from chronic overwork and under-pay,” said NEU Joint General Secretary Dr Mary Bousted.

“For too long further education colleges have been the poor relatives in education, paid little attention by Government and starved of funding. This cannot continue.

“The Government needs to recognise the vital role further education colleges play in developing a skilled workforce, educating 62% of 16-18 year olds and adults who are upskilling and reskilling,” added Dr Bousted.

“The National Education Union is running an Effective Education project to help further education staff achieve sustainable workloads and to campaign for better funding for the sector.

“This aims to raise awareness of the important work further education colleges have in developing a skilled workforce for the post-Brexit economy.”