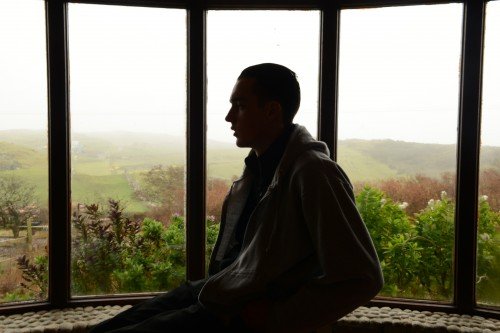 Dr Chris Ide details how psychiatric illness was treated by isolation and a division from mainstream life in the 18th and 19th centuries, and the progress that’s been made in diagnosing, understanding and treating mental ill health in the modern day.

Quoting a report on psychiatric illness published by the Office for National Statistics, the Mental Health Foundation announced that about one in four adults will suffer from symptoms of mental disease in any one year.

Similar headlines have appeared on numerous occasions over the years, and readers might be forgiven for thinking that we are about to be overwhelmed by a tsunami of psychological distress – based on Scottish data, psychological symptoms form the fifth most common reason for seeking General Practitioner advice, with anxiety and depression predominating.

However, ‘twas always thus. When looking through the prospectuses of various medical schools when I was applying for a place almost half a century ago, medical teaching in St Andrew’s University took place in Dundee Royal Infirmary and Maryfield Hospital (among others) with 380 and 189 beds respectively.

However, there was also the Royal Dundee Liff Hospital, and Strathmartine Hospital (800 and 1,300 beds respectively). These turned out to be the psychiatric hospitals which, when initially built in the 18th and 19th centuries, were several miles from the city, thus fostering a degree of isolation from mainstream life – a tradition which may still be apparent today, often working to the detriment of sufferers from mental illness.

That said, the case mix of patients in psychiatric hospitals has changed considerably over the decades. It used to be (in the 18th century) that a sizeable proportion of the inmates were admitted for the long-term, since they had various forms of ‘mental sub-normalities’, or whatever name was given to those who are currently described as having learning difficulties. Alternatively, they may have suffered from the neuropsychiatric effects of tertiary syphilis, or chronic alcoholism.

Until the development of effective major tranquillisers, such as chlorpromazine, in the 1950s, there was little in the line of effective pharmacological treatment available for severe mental illness. Those with behaviour problems were also potentially vulnerable to prolonged incarceration.

Although the way in which mental health disorders are defined has considerably evolved over the years, the classification that was taught to me as an undergraduate is still very useful. Thus, mental health problems can be broken down into:

Mental defect, sexual problems and child psychiatry will not be discussed further in this article.

Neurotic disorders are potentially disabling conditions which often feature various forms of anxiety. However, unlike psychotic illnesses, the sufferer retains a firm grip on reality. Thus an individual may experience palpitations, churning of the stomach and feelings of terror when he or she tries to leave their home.

The neurotic will agree that there is no earthly reason why they should react in this way, whilst the psychotic will firmly state something to the effect that aliens from planet Zarg have purchased the house across the road, and have trained a death ray at the front door.

With addiction, the problem arises because the sufferer subordinates all other demands on them to getting their next ‘fix’, whilst with psychopathic states, antisocial conduct is the principal manifestation.

I expect that many readers will have expressed dismay at the relentless conversion of what would previously regarded as life events into psychiatric diagnoses. According to Horowitz and Wakefield, in their book ‘The Loss of Sadness’ [http://www.nejm.org/doi/full/10.1056/NEJMbkrev58551], this has occurred because psychiatry deals solely in subjective symptoms which cannot be confirmed by more objective laboratory testing methods.

Over the years, in their attempt to match the prestige of other branches of medical sciences, and to maintain the progress that psychiatrists themselves have made in the treatment of severe endogenous or functional mood disorders, mental health specialists have taken to imitate other medical disciplines by compiling tables of diagnostic criteria. Whilst this has improved consistency of recording, it has been at the expense of labelling life events.

When confronted with  workers  whose mental health has given cause for concern, more effective resolution will be likely to occur more speedily if all involved – whether they are doctors, nurses, safety or human resource specialists or managers, or even affected employees – try to speak the same language.

This may best be facilitated by concentrating on the effects of mental health problems on function, rather than precise diagnosis. These include:

Reduced attentiveness: this can arise as a result of worries which encroach as a result of anxiety states or hypomania. Alternatively, intrusive hallucinations occurring in more severe problems, such as schizophrenia or dementia may make concentration on tasks difficult.

Decreased motor skills: depressive disorders are often associated with sluggishness, and the quivering that can sometimes accompany anxiety may make it difficult for the sufferer to perform delicate tasks. Tics and other repetitive movements may accompany obsessional disorders Furthermore, these effects may also give rise to embarrassment, thus making things worse.

Diminished ability to interact with others: this problem particularly effects those who suffer from severe and enduring illnesses. The tendency to withdraw means that sufferers may be relegated to jobs, such as security duties.

Risk of harm to self and others: this seems to give rise to the greatest alarm among managers and others, particularly if the jobs is regarded in any way as being safety critical.  However, while these concerns must be acknowledged and steps taken to minimise the likelihood of harm arising, it is always appropriate to remember that much self-harm arises in people who do not have a formal mental health disorder, and harm to self and others may well occur as a result of consumption of alcohol, or other prescription or non-prescription drugs.

The use of medications used to treat mental (and other) diseases may also contribute to the development of the above symptoms. Thus many psychotropic medicines have sedative side-effects, which may be more prominent in the early stages of treatment, and others have the potential to cause tremors, or interfere with motor functions in other ways.

The role of the health and safety professional

Safety advisors can usefully contribute to improving the mental health of the organisations they advise. By drawing on traditional skills, knowledge and training, they can review processes, particularly those which involve exposure to solvents and other chemicals with neurotoxic effects to ensure that exposures, if not eliminated, are at least adequately controlled.

We have hopefully moved on from the 19th Century scenario when carbon disulphide was used as a rubber solvent. Some workers developed hallucinations, and flung themselves out of the windows. The response – place bars on the windows! Head injuries may also result in mental health problems, particularly if the injury has been severe enough to produce brain damage.

However, most mental health problems are of a relatively minor nature (except, perhaps, to the sufferer) but by virtue of being so common still have the potential for significant disruption to an organisation. There is scope for a much wider contribution to organisational policy from safety advisors.

For example – are employees adequately trained for their job, especially when task requirements change? Effective training results in workers having greater control, and if feasible to be undertaken in groups, can foster feelings of mutual support.

Are employees adequately incentivised? This is more than just a question of pay, and terms and conditions – do people at work realise that their efforts are appreciated? A small personal ‘pat on the back’ from a manager for a job well done may be better valued than the unlikely prospect of a holiday in Disneyland. Are appraisal processes being used to positively motivate and develop employees?

The examples discussed earlier relate principally to effective management, but even in well-managed organisations, mental health may still suffer, as a result of experiences outwith the work environment such as bereavement, relationship break-up, financial problems and inappropriate use of drugs and alcohol.

In such cases, resort to informal peer-support schemes and counselling may be more helpful, especially if the organisation has managed to create an environment in which mental health matters are not regarded as a ‘black mark’ on the person’s record.

There is a temptation to pass all mental health matters onto the Occupational Health department. Whilst it has a part to play, medicalising what are often the results of inefficient management and lifestyle events can often be counterproductive, and safety advisors can do their organisations a great service by ensuring that policies exist – and are used – to treat these problems at an earlier stage which usually results in less time lost from work, less presenteeism, and less dependency on others. 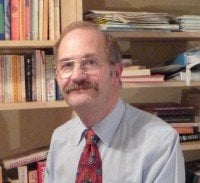 Dr Chris Ide graduated in 1974, entered occupational medicine in 1983, and completed specialist training five years later. He works for Salus OH&S in Lanarkshire as a consultant physician, having previously gained experience with the HSE and the Fire Service.

Download Barbour’s free director’s briefing
A brief history of mental ill health and how to tackle it effectively Dr Chris Ide details how psychiatric illness was treated by isolation and a division from mainstream life in the 18th and 19th centuries, and the progress that's been made in diagnosing, understanding and treating mental ill health in the modern day.
SHP Online
SHP - Health and Safety News, Legislation, PPE, CPD and Resources