manage the risks from vibration

Amy Sadro, Principal Associate in Eversheds Sutherland’s Environment, Health and Safety Team and Dr Chris Nelson, a Principal Consultant and specialist in noise and vibration at Finch Consulting give their views on recent HAVS prosecutions and the updated HSE guidance to accompany The Control of Vibration at Work Regulations 2005. 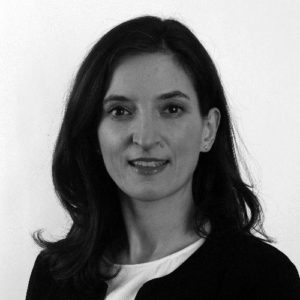 Over recent years there has been a noticeable increase in prosecutions by the Health and Safety Executive (HSE) for failures to adequately manage the risk from vibration and where Hand Arm Vibration Syndrome (HAVS) has been suffered by employees. This has resulted in a number of sizeable fines being imposed on employers. The HSE recently issued updated guidance on the governing legislation, The Control of Vibration at Work Regulations 2005.

HAVS is a preventable but debilitating condition which affects the blood vessels, nerves and joints of the hands and arms and commonly manifests as vibration white finger or carpal tunnel syndrome.

It is sometimes perceived as being something of another time suffered by those who have worked in lost industries, and not something which is relevant in today’s world of work. However, the HSE estimates that even today 2 million people are at risk of developing HAVS. In recent years there has been a significant number of cases prosecuted by the HSE, demonstrating that this remains a real and in some cases inadequately managed risk that is still present across a number of diverse industries. For example, figures from the Building Safety Group show that in the construction industry there has been a 33% year-on-year rise in the number of incidences of the disease based on more than 42,000 independent site inspections between 2017 and 2018.

In 2019, the HSE issued the second edition of its guidance L140, which accompanies The Control of Vibration at Work Regulations 2005. While the updated guidance does not signal any significant change in the HSE’s policy, it explains what is expected of employers and further emphasises the importance of the control of vibration exposure which could lead to the development of HAVS. It includes updated advice on typical tool vibration magnitudes, as well as the information that should be made available by tool suppliers to help employers with their risk assessments and in identifying appropriate controls. The layout of the new guidance reflects the emphasis on risk control and should help employers to identify and prioritise activities where action is required to control the risk.

The Courts are also now finding their teeth when it comes to imposing fines in HAVS cases and have recently imposed some significant fines in accordance with the Sentencing Guideline on Health and Safety Offences ranging up to £600,000 in cases where a very small number of employees have developed HAVS.

The cases illustrate the often widespread failures within organisations to recognise and manage the risk of developing HAVS. Alongside this, HAVS is a condition which can develop over a long period of time and there is a challenge to ensure that there is ongoing and consistent control of exposure and health surveillance.  It is also important that relevant records are retained, reporting systems are appropriate and training records are created and retained, which may assist in providing documentary evidence of the safeguards taken by an organisation. The question an organisation should be asking, having taken the necessary actions to control risks from vibration exposure, is whether it has the necessary retention policies and arrangements for retaining this corporate memory, irrespective of people leaving the organisation and systems changing.

The future of prosecutions

We are yet to see a million pound fine for a failure to manage the risk from vibration, but there is no doubt this is coming.

Since 2016, the Courts have determined the level of fine imposed in health and safety cases in line with the Sentencing Guideline for Health and Safety Offences and the Court’s assessment of the offending in terms of culpability, harm and the turnover of the company amongst a number of other factors. The introduction of this Guideline has undoubtedly resulted in an increase in the levels of fines across the board.

In HAVS cases, many of the factors set out in the Guideline around culpability and harm would indicate a higher fine almost as a matter of course.

The Guideline asks the Court to determine the culpability of the offender as being either Very High, High, Medium or Low. The successful prosecutions demonstrate that many of the factors set out in High culpability appear to be common features in HAVS cases, including:

“Failing to put in place measures that are recognised standards in the industry”;

“Ignoring concerns raised by employees or others”; and

“Allowing breaches to subsist over a long period of time”.

In particular, the Court would consider the updated HSE guidance to form a recognised industry standard and organisations before the Courts who cannot demonstrate that they have followed the guidance are likely to be found to have committed a high culpability offence.

On harm, we would expect any prosecutor to say that HAVS is a level B harm condition as it is a “Physical or mental impairment….which has a long term effect on the sufferer’s ability to carry out their normal day to day activities or on their ability to return to work” and “A progressive, permanent or irreversible condition”. Again offences which did or could have led to level B harm can lead to a sizeable fine. The Court then has to consider the likelihood of that harm eventuating given the measures the organisation had in place.

The Guideline also invites the Court to increase the assessment of harm if a number of people were exposed to the risk of harm, another feature of many HAVS cases.

Steps employers can take to protect employees from HAVS 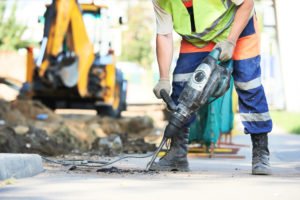 Our prediction is that, given the serious nature of HAVS on individuals, enforcement action will almost certainly follow where it can be demonstrated that an organisation failed to adequately control exposure within the Exposure Limit Value and/or take appropriate action when the Exposure Action Value was reached. To successfully defend any prosecution, an employer will have to positively demonstrate that it reduced exposure and risk to the lowest level reasonably practicable.

So how does an organisation go about identifying, assessing and managing the risks from vibration?

Some basics to consider include: