Jamie Hailstone is a freelance journalist and author, who has also contributed to numerous national business titles including Utility Week, the Municipal Journal, Environment Journal and consumer titles such as Classic Rock.
January 8, 2019

The number of people killed in work-related accidents in Ireland fell by 23% last year, according to official figures.

Figures released by the Health and Safety Authority show that 37 people were killed in work-related accidents in 2018, a decline of 23% on the 2017 figures.

According to the Authority, the figures are the lowest since records began in 1989 with an accident rate of 1.6 deaths per 100,000 workers. 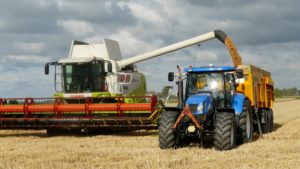 The farming sector, which has consistently been the most dangerous sector in which to work, featured 15 work related deaths last year compared to 25 in 2017, a decline of 40%.

In comparison, the latest figures from the Health and Safety Executive (HSE) show 33 people were killed in agriculture across Britain in 2017/18, which is around 18 times higher than the all industry fatal injury rate.

“Due to the efforts of employers, employees and key stakeholders, there has been a huge improvement in health and safety standards since then. However, with 37 people losing their lives in work related activity in 2018 there is clearly still more to be done”.

“Although farming has also seen a very strong improvement in 2018, 15 fatalities, which represents 41% of total fatalities, is still far too many for a sector that employs just 6% of the workforce,” added Dr. McGuinness.

“The next highest sector is construction with five deaths in 2018 (14% of the total) so both sectors will remain a key priority for us in 2019. I urge all stakeholders, particularly those in the farming and construction sectors, to focus their efforts to ensure 2019 sees a continuation of this very positive trend.”

Dr. McGuinness added: “The economy is thriving with thousands of new workers joining the workforce each month. There are challenges ahead such as Brexit and also the fact that many employers are facing a skills shortage in certain sectors. In this context it is important that worker health and safety stays on the priority list. Safe and healthy employees are the backbone of any successful enterprise.”

In Britain, the HSE has also urged farmers to pay closer attention to how they manage workplace risk or face serious penalties.

“We are seeing signs of a change in attitude across the farming industry and while this is encouraging, these inspections act as a reminder to farmers of the importance of managing risks so that everyone can go home from their work healthy,” the HSE’s Head of Agriculture, Rick Brunt.

“Everyone involved in farming has a role to play. Those working in the industry need to understand the risks they face and the simple ways they can be managed. Those that work with the industry can be part of the change that is so badly needed.”

In April, SHP reported a rise in annual figures for work-related injuries for 2017/18 in the UK.