‘Unacceptable’ that some building owners have yet to start remediation work on unsafe ACM buildings, says Building Safety Minister

In a statement released on 21 January, Building Safety Minister Lord Stephen Greenhalgh noted that it was “unacceptable a minority” of buildings identified by the Government as having unsafe ACM cladding have yet to start remediation works. 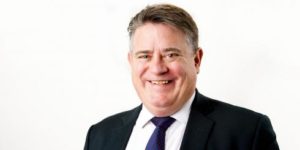 Lord Greenhalgh added: “We are in contact with the remaining buildings where remediation has not started and we are clear if work does not take place urgently, we will take further action.”

45 buildings identified as high risk have yet to start work (another 13 were identified last year) – seven of which are vacant and therefore not considered a current resident safety risk. Though, as IFSEC Global reported in October, campaigners believe there are potentially “thousands” more buildings with cladding just as dangerous as ACM that have not been identified within these figures.

The press release from the Ministry of Housing, Communities and Local Government (MHCLG) highlighted that “100% of the high-rise social sector buildings” that were identified as amongst the ‘highest-risk’ for having unsafe ACM cladding on them have now either been fully remediated or started work on the process to remove it.

According to the latest remediation statistics, 159 buildings had work started on them in 2020 to be made safe by removing cladding similar to that found on the Grenfell Tower. This compared to 90 in 2019.

Housing Secretary, Robert Jenrick, stated: “Today’s stats show that – despite the pandemic – significant progress has continued to have been made with remediation work either complete or on site on around 95% of buildings, rising to 100% in all social or student high rise buildings.

“This is a big step forwards. While there is still more to do, we are helping make the highest risk buildings with dangerous cladding safer, more quickly.”

The Government’s £1billion Building Safety Fund, announced by the Chancellor last year, has so far allocated £95.9million to projects to remove other buildings with unsafe cladding.

Discover how you can advertise with us
‘Unacceptable’ that some building owners have yet to start remediation work on unsafe ACM buildings, says Building Safety Minister In a statement released in January, Building Safety Minister Lord Stephen Greenhalgh noted that it was “unacceptable a minority” of buildings identified by the Government as having unsafe ACM cladding have yet to start remediation works.
James Moore
SHP - Health and Safety News, Legislation, PPE, CPD and Resources