Jamie Hailstone is a freelance journalist and author, who has also contributed to numerous national business titles including Utility Week, the Municipal Journal, Environment Journal and consumer titles such as Classic Rock.
October 11, 2018

The leader of the Liberal Democrats has claimed that poor mental health is actually costing the British economy more than Brexit. 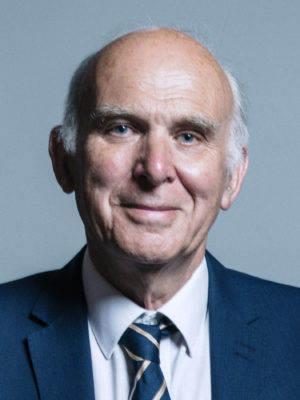 Speaking at the Mad World conference in London, Sir Vince Cable quoted figures from last year’s Stevenson/Farmer review on mental health and work, which revealed mental health costs the UK economy as a whole between £74 billion and £99 billion per year.

“That’s much more than the cost of Brexit,” he told delegates.

Sir Vince then quoted a recent YouGov survey, which was carried out for the Business in the Community group.

The survey found 11% of workers who disclosed a mental health issue subsequently faced disciplinary action, demotion or the sack.

“That’s a shocking figure and a massive deterrent for people to talk about this,” added the Liberal Democrat leader.

“When I was in Government, we were encouraged to take mental wellbeing seriously and I think it’s true to say that the public sector is significantly more advanced than the private sector in this field,” said Sir Vince.

“In the department I headed up, we went to great efforts to encourage the debate around mental illness. And as the business department, we were of the enormous costs that are imposed on the economy as a result of not dealing with mental illness properly.”

“Some of them are young mums in children in multi-storey blocks, who can’t get out and becoming desperate. I also see ex-service people who can’t settle and people whose insecurities are feeding their mental illness. All these problems I encounter on a regular basis.

“I have particularly sympathy because I saw the impact of mental illness on my own family. My mother, when I was about 10, had a major nervous breakdown and was taken off to a mental hospital for a year. My brother was fostered and I was looked after by my Dad. It left a very deep footprint.”

Sir Vince also talked about the mental challenges he has to face with as a politician.

“One is resilience,” he told the event. “I’ve stood for Parliament 10 times. I have won five times and I have lost five times. But to be honest, those challenges were less than when I lost my wife two decades ago to breast cancer. Having to cope with bereavement was more difficult than political losses.

“In my life, the more difficult thing is the day-to-day stress. It is an extraordinarily stressful existence and you have to develop coping mechanisms to deal with it. One day you’re at the top of the world and the next you’re a danger to Britain and you have press photographers in your garden.”

“I kept that going when I was in the Cabinet, much to the annoyance of my colleagues and I do a lot of cycling.

“Something I’ve also found enormously helpful is reading novels, either late at night or on the train. I read a very good article this morning in the role fiction plays in helping wellness. When your mind is turbulent and stressed, when you read a book, you are inhabiting someone else’s mind. It’s been the most calming influence I’ve had.”

Read a summary of all the SHP content from World Mental Health Day.

Discover how you can advertise with us
Sir Vince Cable warns mental health is costing the UK more than Brexit "Mental health costs the UK economy as a whole between £74 billion and £99 billion per year."
Jamie Hailstone
SHP - Health and Safety News, Legislation, PPE, CPD and Resources

Balance of wellbeing and the mental health consequences requires interests that are an absorbing distraction for the conscious mind allowing the sub-conscious some rest-bite from work/life stressors and anxieties that are in affect repetitive stress injuries presenting as a PTSD in those on any front-line of life in the digital age today. Communication skills are also enhanced if, the individual has been enabled to read fluently early in life or even in adulthood to discover the richness of accessing books or even on-line content when the barriers to Digital Literacy presenting in eye-strain, CVS or Screen Fatigue are removed when… Read more »