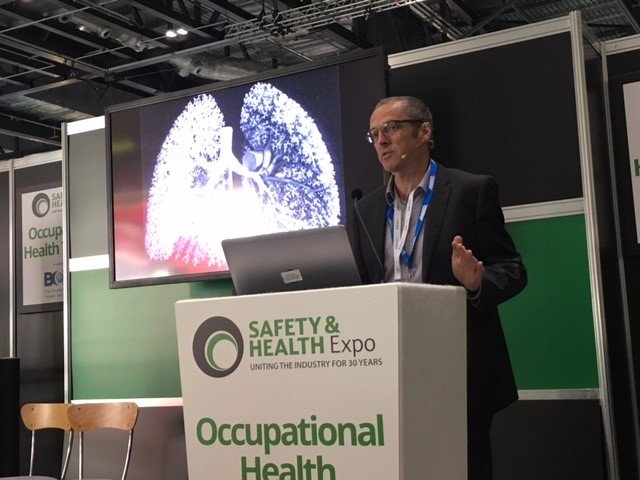 The occupational health theatre at SHExpo was this year kicked off with a fascinating talk from chief medical advisor to the HSE, David Fishwick, who looked at protecting the lungs at work.

Breathing his 2000 breath of the day, David highlighted how lucky we are to have healthy lungs, and how we take breathing for granted.

Using pictures and stories rather than bullet points, highlighting the human side of lung disease, David spoke about a tragedy close to his heart, relating to a 57-year-old father of three who died after suffering lung disease at work.

The employee had been suffering a cough for approximately eight years while working as a metal working setter, and it had become an accepted part of his working day that he and other colleagues coughed at work.

The worker died in intensive care having just failed to get his lung transplant.

Questioning if his death could have been prevented, David said that while there was hazard identification and risk management in place within the man’s workplace; when his lung function was measured the results were put into a filing cabinet and not acted upon.

As a warning to other workplaces David said that it is vital that employers know exactly what materials employees are working with, as there may be a potential to think about how things can be done differently.

Understanding materials can be key as different materials can have largely varying levels of harmful components such as silica, for example. Limestone may have 5% compared to different concretes which may have between 25-70%. 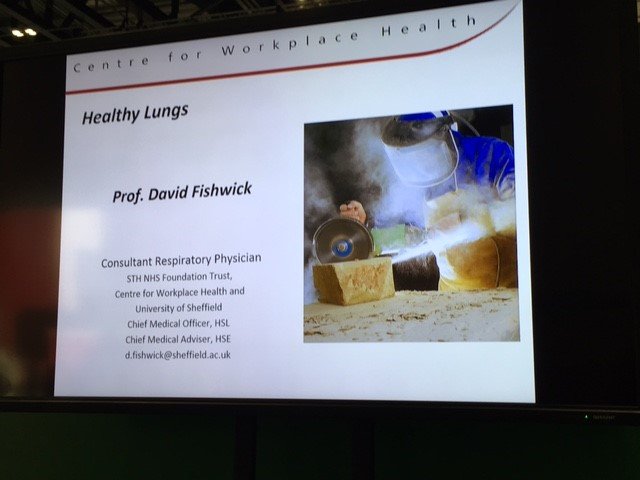 Another case that was explored was that of a 46-year-old stone mason who had been very fit but started to get subtly short of breath. It was later found that there had been no health surveillance at his work and that he had been exposed to silica for 26 years, with no respiratory protective equipment

In his talk David covered:

Concluding his talk David used a very sobering statistic to demonstrate how we still have a long way to go when it comes to asbestos related illnesses. David said that more people are still yet to die than have ever died of mesothelioma. Essentially we are still yet to reach the peak.

Speaking to SHP David said: ” We have to ask if we have done a complete health and safety job yet. I think people can feel very proud of their job with safety but we have done enough with health?”

David Fishwick is a consultant respiratory physician at the Centre for Workplace Health and chief medical advisor to the HSE.

Find out more about what is happening at the occupational health theatre here.