PTSD is a common disorder amongst police officers

Police officers are traditionally known to physically fight crime, however new research shows that more officers are unable, or did not know about the psychological fight they could face within themselves by dealing with post-traumatic stress disorder (PTSD). 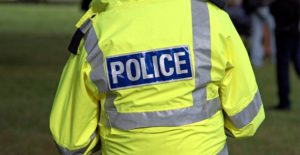 PC Lee Jackson, Durham Police, said that “we’ve got tactics for everything in the police, but we haven’t for when dealing with traumatic incidents or trauma in yourself.”

PTSD is an anxiety disorder which is triggered by a very stressful, frightening or distressing event. Recent studies have found that the rates of PTSD in the police force are almost five times higher than in general population, according to Dr Jess Miller, Lead Researcher from Cambridge University.

PC Lee Jackson suffered with PTSD after an accumulation of traumatic events, including an attack to his eye when he was called to a violent domestic fight, which left him temporarily blind. He sought therapy for six months to help overcome his disorder.

Therapy sessions could be the solution to help support police officers with overcoming PTSD, as records have proven that it is a significant provision to those battling the disorder. Andy Rudd from Mace, recently told SHP that therapy was “the best thing [he] has ever been through”, when tackling PTSD in a Mind Matters series. In April 2019, the launch of a national police wellbeing service was created to provide specialist knowledge on occupational health services to forces across the country.

The NHS highlighted that symptoms can develop during the first month post a traumatic event, or in some cases, there might be a delay of months or years, before a symptom begins to appear. Dr Miller’s research showed that 95% of officers out 17,000 police across the UK have been exposed to work-related trauma.

However, officers may not be able to recognise symptoms as more than half of those surveyed showed that they had “insufficient time to process incidents before being sent back out to the next call” says Dr Miller.

Download Barbour’s free director’s briefing
PTSD is a common disorder amongst police officers Research shows that there is a high number of PTSD in police force, but many officers may not know they are suffering from the disorder.
Samah Ahmed
SHP - Health and Safety News, Legislation, PPE, CPD and Resources

Controlling the risk of legionella in water systems during COVID-19