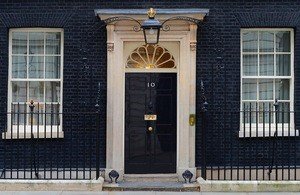 Prime Minister Theresa May has announced a “comprehensive package of measures to transform mental health support in our schools, workplaces and communities”.

Delivering the annual Charity Commission lecture yesterday, the Prime Minister said that true parity for mental and physical health can only be achieved if every institution recognises the vital role it can play in delivering this objective.

The Prime Minister said that: “For too long mental illness has been something of a hidden injustice in our country, shrouded in a completely unacceptable stigma and dangerously disregarded as a secondary issue to physical health. Yet left unaddressed, it destroys lives, it separates people from each other and deepens the divisions within our society. Changing this goes right to the heart of our humanity; to the heart of the kind of country we are, the values we share, the attitudes we hold and our determination to come together and support each other.”

On her plans, the Prime Minister added: “I want us to employ the power of government as a force for good to transform the way we deal with mental health problems right across society, and at every stage of life.

“What I am announcing are the first steps in our plan to transform the way we deal with mental illness in this country at every stage of a person’s life: not in our hospitals, but in our classrooms, at work and in our communities.

“This starts with ensuring that children and young people get the help and support they need and deserve – because we know that mental illness too often starts in childhood and that when left untreated, can blight lives, and become entrenched.”

Marjorie Wallace, chief executive of mental health charity Sane, welcomed the Prime Minister’s recognition that the issue was a priority but added: “Mrs May’s emphasis on stigma, without commitment to ring-fenced money, will not bring the hoped for revolution in mental health care.

“As she speaks, psychiatric beds are being closed, the patients who contact Sane are turned away from A&E, have no place to go in crisis or are shunted hundreds of miles across the country to obtain treatment.”

“Mrs May’s emphasis on stigma, without commitment to ring-fenced money, will not bring the hoped for revolution in mental health care. – Marjorie Wallace, chief executive of mental health charity Sane

The plans aim to make mental health an everyday concern for every bit of the system, helping ensure that no one affected by mental ill-health goes unattended, the Government website says. It includes:

Yesterday’s announcements build on improvements to mental health support since 2010. The government says it is currently investing more in mental health than ever before – spending an estimated £11.7 billion a year and has already legislated to give mental and physical health equal priority in law.

Theresa May said that true parity for mental and physical health can only be achieved if every institution recognises the vital role it can play in delivering this objective.

Paul Farmer, Chief Executive of Mind, the mental health charity, said: “It’s important to see the Prime Minister talking about mental health and shows how far we have come in bringing the experiences of people with mental health problems up the political agenda. Mental health should be at the heart of government, and at the heart of society and communities – it’s been on the periphery for far too long.

Sir Ian Cheshire, Chairman of the Heads Together campaign, said: “The Prime Minister’s announcements today are extremely important and very welcome, as they show both a willingness to tackle the broad challenge of mental health support and a practical grasp of how to start making a real difference.

“As the chair of Heads Together, an alliance of charity and corporate partners committed to changing the national conversation on mental health, I would urge all involved in the sector to collaborate and build on these initiatives.”

Liberal Democrat health spokesman Norman Lamb said: “This is a puny response to a burning injustice and an attempt to cover up for this government’s failure to deliver on promised investment for children’s mental health.

“I welcome the fact the Prime Minister is addressing the issue of mental health and the focus on schools and employment is right.

“But  measures to improve mental health care in schools were already agreed during coalition, and the current government has failed to ensure the investment needed to implement them has got through.”

Improving mental health and wellbeing in the workplace

I don’t suppose this has anything to do with the scheduled release of ISO 45001 later this year or early 2018? Not forgetting the WHO “Better Workplace” Global Nudge Campaign based on the UK 20 year Whitehall ‘II’ Civil Service Study concluding that work related stress-fatigue was directly linked to non-communicable life changing / threatening diseases foreshortening the working life-cycle of too many let alone cost of more immediate work related stress/fatigue ill-health or Human Resource assets “down-time” to recover from over-exposure to unmitigated RSI type physiological and/or socio-psychological work/life stressors? SAFE & SANE AT WORK ? http://www.iso.org/iso/home/news_index/news_archive/news.htm?Refid=Ref2071 Little or… Read more »