The Jubilee Line, which transports 213 million passengers annually, closed between Finchley Road and Waterloo, after faults in tracks were detected amid the morning rush hour. 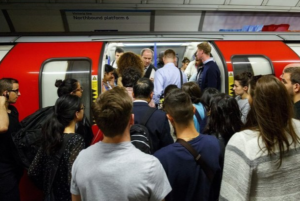 A fire alert warning was issued at 6am on 23 May 2019, announcing that the line has no service between Finchley Road and Waterloo.

Firefighters evacuated 59 people through the underground tunnel at Bond Street, and emergency services were called to Baker Street and Bond Street, where four passengers were reported to be treated for smoke inhalation.

Transport for London (TFL) declared an investigation to find out what caused the fire shortly after the closure and evacuation.

London Fire Brigade confirmed that the fire was caused by “mechanical failure”.

A TFL spokeswoman said “engineers [were] on site at Bond Street to fix the issue and we hope to resume services as soon as possible”.

By 2:40pm, TFL announced that the line was back to good service.

A good service is now operating on the line.

Discover how you can advertise with us
London’s third busiest underground line shuts during morning rush hour Four passengers treated for smoke inhalation after a Fire Alert was released on the Jubilee Line.
Samah Ahmed
SHP - Health and Safety News, Legislation, PPE, CPD and Resources