Fire in Enfield threatens to cause M25 disruption 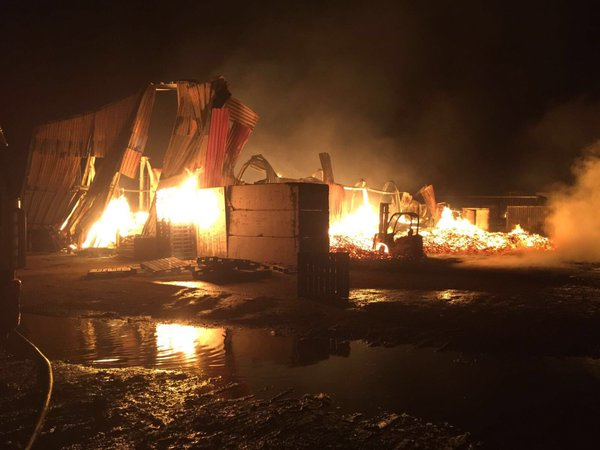 Ten fire engines and 50 firefighters have been called to a fire in Enfield in the early hours of this morning.

Firefighters were called shortly after 2am to the fire at a pallet warehouse on Whitewebb lane in Enfield, London.

Smoke from the fire has sparked travel warnings to drivers on the M25 between junctions 24 and 25.

The cause of the fire is not yet known, although a stack of wooden pallets and a timber storage warehouse caught alight.

Eight cars, seven forklift trucks, six lorries and three caravans are also known to have been badly damaged in the flames.

Two men evacuated a caravan before the fire brigade arrived, they were both uninjured.

Discover how you can advertise with us
Fire in Enfield threatens to cause M25 disruption Ten fire engines and 50 firefighters have been called to a fire in Enfield in the early hours of this
Roz Sanderson
SHP - Health and Safety News, Legislation, PPE, CPD and Resources