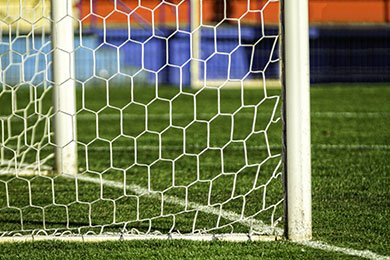 Over 700 Indian migrant workers have died in Qatar since the country was awarded the World Cup in 2010, according to figures from the Indian embassy.
More than 500 of these deaths have occurred since January 2012, with 37 deaths in 2014 so far. The embassy did not provide details on who the individuals were, the cause of death or where they worked, although it stated that most of these deaths were from natural causes.
In the run up to the World Cup in 2022, Qatar has come under the spotlight with regards to its migrant worker conditions and questions have been raised over the preparations for the World Cup.
Qatar’s ministry of labour and social affairs told the Guardian: “We are working to understand the causes of these deaths — as these statistics could include a range of circumstances including natural causes, and road safety incidents, as well as a smaller number of workplace incidents.”
Shadow international development secretary, Jim Murphy, said: “Preparations for the 2022 World Cup cannot go on like this — the trickle of worrying reports from the construction sites of Qatar has become a torrent.
“There are widespread concerns that the death toll could reach well into the thousands if nothing is done.”
Human rights groups and trade unions have repeated their call for structural change regarding the construction of the World Cup stadiums in response to the rising death toll in Qatar.
A hearing at the European Parliament in 13 February brought together trade unions, human rights groups, and the International Labour Organisation (ILO). The organisations gave evidence that stressed the need for proper workplace representation in Qatar and to give workers a voice without fear of retaliation.
The International Trade Union Confederation (ITUC) has called for a meaningful reform of the kafala system, which requires all unskilled labourers to have an in-country sponsor, usually their employer, who is responsible for their visa and legal status. Without this, the confederation warned that over 4,000 workers could die before the World Cup starts in 2022.
Speaking at the hearing, Sharan Burrow, general secretary for the confederation, said: “If you continue to run the World Cup in a state which enslaves workers, it shames the game. The Government must end the system of kafala if the World Cup is to be played in Qatar in 2022.”
Dr Theo Zwanziger, Germany’s member of the FIFA executive, attended the hearing in Brussels and admitted that conditions for migrant workers in Qatar were “absolutely unacceptable”, but said there could be no going back on decisions already taken to host the World Cup in Qatar.
“The feudal system existed [in Qatar] before the World Cup. What do you expect of a football organisation? FIFA is not the lawmaker in Qatar,” he said.
On 11 February, new commitments were laid down in the Workers’ Welfare Standards in Qatar, setting out criteria on wages and workers’ accommodation and including tougher inspections.
In a statement, the World Cup organising committee said: “The committee reserves the right to penalise contractors who are non-compliant or, in extreme cases, terminate its contract with a company that is continually in breach of them.”
Amnesty International has said the standards represent “a positive — if partial — effort to prevent some of the worst abuses from taking place on World Cup projects”, but has called for more urgent reform for all Qatar’s workers.
James Lynch, Amnesty International’s researcher on migrant’s rights in the Gulf, said: “The reality is that all foreign workers across the country are still subject to the restrictive sponsorship system which facilitates abuse.
“There are also serious questions relating to the implementation of these standards.
“We need to know how the Supreme Committee will effectively address non-compliance by contractors and sub-contractors.”
FIFA has said it is in an intensive process aimed at improving the situation of works in Qatar, which will culminate in a report to be delivered to the association’s executive committee on 20 and 21 March.

Discover how you can advertise with us
Death toll of Indian migrant workers in Qatar revealed
Safety & Health Practitioner
SHP - Health and Safety News, Legislation, PPE, CPD and Resources

Do you suppose that some of the freebies and hand shake incentives could be used to help out those families that have lost their source of income?

Regardless of future results this is one big own goal that cannot be forgiven.

By the time we get to the competition no one will be concerned, I doubt the commentators will mention the sacrifice made in the name of sport? Not even the BBC.

We trade there you know.

Are we really surprised?