The Rail Accident Investigation Branch (RAIB) has released its second interim report into a fatal accident involving a tram near Sandilands Junction, Croydon on 9 November 2016.

Seven people died and a further 51 were injured after the tram derailed in the early hours.

The driver of the tram was arrested and initial investigations revealed that the tram had entered a sharp bend at almost four times the speed limit.

The on board data recorder shows the regular service brake was not applied until around 2.5 seconds before the tram reached a 20km/h (13mph) speed limit sign and that the speed of the tram decreased from 49mph to 46mph by the time it passed the sign. Investigators say the hazard brake was not used.

“The late application of the brakes, and the absence of emergency braking, suggests that the driver had lost awareness that he was approaching the tight, left-hand curve.” the report states.

Continuing: “The RAIB is continuing to investigate the factors that may have caused this to occur.” 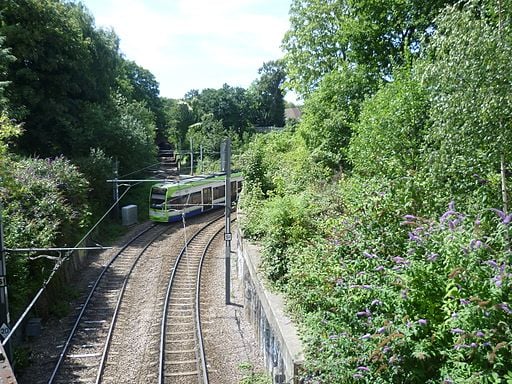 This second report contains material some new information including the number of people believed to be on the tram, the investigation activities so far, and the infrastructure in the area – including the speed restriction sign on the approach to the tight curve where the derailment occurred. There is also information describing how the tram was driven immediately before the accident, and the initial findings of the RAIB’s examination of the tram, including the damage to the vehicle and the locations of the fatal casualties.

The RAIB will publish a final report, including any safety recommendations, at the conclusion of its investigation.

In January chevron signs were installed at four sites with “significant bends” including Sandilands to provide “an additional visual cue” for drivers.

Discover how you can advertise with us
Croydon tram crash driver “lost awareness” The Rail Accident Investigation Branch (RAIB) has released its second interim report into a fatal accident involving a tram near Sandilands Junction, Croydon on 9 November 2016.
Lauren Applebey
SHP - Health and Safety News, Legislation, PPE, CPD and Resources