An accident at Crossrail’s Farringdon station site that left one worker seriously injured was “likely” caused by scaffolding not being erected properly, according to a report from the JV building the station. 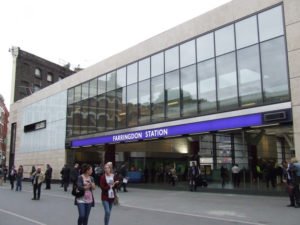 Construction News reports that the worker was hospitalised when scaffolding collapsed at the site in September. He has since been released. Another worker was injured in the incident.

The Bam / Ferrovial / Kier joint venture building the station investigated the incident and has now reported back to the Crossrail board that the “likely root cause” of the accident was scaffolding not being “properly erected”.

Scaffolding across the Crossrail project was checked over within 10 days of the problem being identified, the board was told. More than 60 advanced scaffolders working on Crossrail have also been briefed on the accident.

Details were revealed in new minutes from the October meeting of the project’s board.

The session also heard that the Costain / Skanska JV working on the project’s Bond Street station has now appointed an official to monitor air quality at the site on a full-time basis.

This was in response to fears about the air quality after three workers who had been employed at the site died in their sleep.

Initial monitoring at the site found no air-quality issues, but Crossrail has asked for the data covering the period when the workers died to be reviewed.

Work at any height can cause injury; a fall from a height of just one or two steps can cause serious injury.

The Regulations were amended in 2007 to extend their application to those who work at height providing instruction or leadership to one or more people engaged in caving or climbing by way of sport, recreation, team building or similar activities in Great Britain.

Download your free guide from Barbour
Crossrail accident ‘likely caused’ by poor scaffolding An accident at Crossrail’s Farringdon station site that left one worker seriously injured was “likely” caused by scaffolding not being erected properly, according to a report from the JV building the station.
Barbour EHS
SHP - Health and Safety News, Legislation, PPE, CPD and Resources

I beg to differ that this was the ‘root cause’. Underlying? Yes, but why was the scaffold poorly erected? Lack of supervision? Time constraints? Poor planning? Poor design? Cost cutting? It would be interesting to see how the HSE view this. Reminds me of the Alton Towers Smiler incident. Their investigation concluded that it was human error on behalf of the undertrained young staff who were subsequently dealt with by the ‘normal HR procedures’. The HSE and court concluded that the incident occurred because of “The catastrophic failure to assess risk, the inadequate training, inadequate supervision, inadequate management, failure to… Read more »