Ian joined Informa (formerly UBM) in 2018 as the Editor of SHP. Ian studied journalism at university before spending seven years in online fantasy gaming. Prior to moving to Informa, Ian worked in business to business trade print media, in the automotive sector. He was Online Editor and then moved on to be the Editor of two publications aimed at independent automotive technicians and parts distributors.
January 12, 2022

The government’s VIP fast-track lane, used for awarding PPE contracts to those with political connections, has been ruled as unlawful by the High Court. 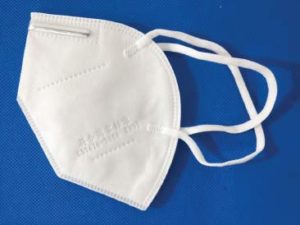 The so-called ‘VIP lane’ was introduced on 2 April 2020 in order to help the government choose between the offers it was getting in huge numbers, as the NHS struggled for masks, gloves, gowns and other safety equipment. Campaigners have claimed that it gave some companies an unfair advantage.

The thought behind the scheme, was that orders of PPE would be treated with greater urgency if they came from a supplier recommended by ministers, government officials or MPs and members of the House of Lords, from any party. However, it saw PPE supply contracts being awarded opaquely to organisations with no history or experience of PPE manufacture and supply, who were ultimately unable to fulfil orders.

A National Audit Office report found that up to the end of July 2020, about one in 10 suppliers who had been put in the high priority lane was then awarded contracts, while the figure was less than one in 100 for other suppliers.

In total, it’s thought that around 50 firms were given fast-track equipment contracts, Eighteen of which were nominated by Conservative politicians, according to Department of Health and Social Care (DHSC) data. Transport Secretary Grant Shapps and former Health Secretary Matt Hancock were among those involved.

The legal action was brought by the Good Law Project and EveryDoctor which claimed the Department of Health and Social Care (DHSC) unlawfully awarded contracts to supply PPE – such as medical quality facemasks and gowns – during the height of the first wave of the coronavirus pandemic.

Between the start of the pandemic and 30 May 2021, the DHSC distributed more than 11.7 billion items of PPE. But there have been issues with some items of equipment bought by the government, including masks and gowns that have had to be withdrawn from use in the NHS.

Safety workwear distributor, Arco, says it is pleased with the ruling. A statement from the firm said: ‘We recognise the fact that when the pandemic broke out, the Government was dealing with an unprecedented situation and an urgent need to scale up procurement in an extremely fast-moving environment, in which a finite supply of PPE had to be matched with an almost-infinite global demand with millions of lives at stake. In such a situation it was inevitable that mistakes would be made.’

Last year Arco launched a campaign to raise awareness of these issues urging the government to set up formal registration of competent PPE suppliers. It’s position paper Personal Protective Equipment and the Government’s Response to the Covid-19 Pandemic shared experiences and proposed a 10-point set of recommendations to prevent a repeat of the high-profile issues that were seen during the first wave of the crisis and to ensure the country is better protected in any future pandemic. Arco’s Chairman, Thomas Martin, gave evidence to the Public Accounts Committee on the firm’s experience at the start of the pandemic and its findings.

The statement continued: ‘We acknowledge the positive and constructive way in which the Department for Health and Social Care has engaged with the content of our report, and ask Ministers to consider its remaining recommendations, particularly our call for a register of accredited Category II and III suppliers. This will ensure we can all be better prepared for any future emergencies.’

In November, Arco announced that its campaign had won the PRCA National Award for the Crisis and Issues Management category.

Arco’s response to the pandemic, saw it voted as SHP’s Most Influential Team for 2020.

Listen to the webinar for free
Court rules government’s PPE ‘VIP lane’ unlawful The government’s VIP fast-track lane, used for awarding PPE contracts to those with political connections, has been ruled as unlawful by the High Court.
Ian Hart
SHP - Health and Safety News, Legislation, PPE, CPD and Resources