CIEH CEO announces he is to step down 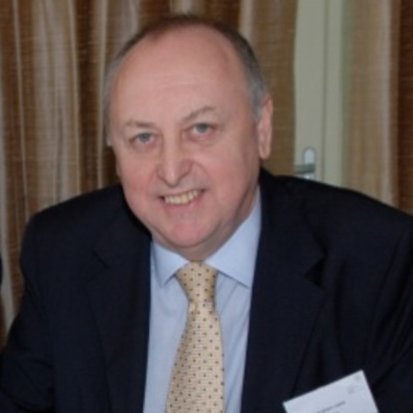 Graham Jukes OBE CFCIEH, Chief Executive of the Chartered Institute of Environmental Health (CIEH), has announced that he will step down from his post at the end of 2015 after 15 years of leading the organisation.

He will take up a new role as Vice President of the CIEH at the beginning of 2016 and in the coming months he will concentrate on maintaining the momentum of the Chartered Institute while the process of recruiting a successor takes place.

Mr Jukes announced his decision now, to allow a smooth transfer of management responsibilities in order to effectively plan and deliver the CIEH’s agenda over his remaining months in office.

Mr Jukes began his career in 1971 working as an infectious-disease clerk in the London Borough of Hammersmith and Fulham before he went on to train as an Environmental Health Officer (EHO).

He worked in all technical disciplines and a variety of senior managerial roles in two further authorities before he left the London Borough of Tower Hamlets as assistant chief Environmental Health Officer in 1988 to join the CIEH as their under-secretary.

As CIEH under-secretary, which coincided with the democratisation movement of the former Soviet Union, Mr Jukes worked closely with and played a major role with the World Health organisation for over a decade in supporting the development of environmental health systems in a wider Europe.

In the UK during the same period, Mr Jukes produced the CIEH’s evidence to the BSE inquiry and worked closely with government to help introduce the Environmental Protection Act, Food Safety Act, as well as the implementation of government policies on health and sustainable development.

He was appointed CIEH Chief Executive in 2000 and during his tenure, Mr Jukes led the changes in the governance of the Charity, increased CIEH engagement with partner organisations, worked with government in improving regulatory compliance and better regulation strategies, supported the enhanced role of CIEH members in public health improvement and developed wider employment roles for members of the profession.

In 2014, on behalf of CIEH and in the light of the recommendations from the Elliot Review into Food Fraud, Mr Jukes launched a new membership organisation aimed at supporting all those working in the food industry, The Institute of Food Safety Integrity & Protection (TiFSiP).

On behalf of CIEH, Mr Jukes holds director and trustee positions in several organisations, including the Occupational Safety and Health Consultants Register (OSCHR), Specialists in Land Contamination (SiLC) and the International Federation of Environmental Health (IFEH), where he is the Company Secretary.

Mr Jukes was elected a fellow of the CIEH in 1990, a fellow of the Faculty of Public Health in 2004 and was awarded an OBE in 2014 for his services to environmental health in the UK and abroad.

“After 15 years of serving the CIEH as Chief Executive, I have agreed with the Trustees that we are at the right point in time to execute the planned succession strategy and for me to step down at the end of the year and continue into 2016 in a supporting role,” said Mr Jukes.

“I am leaving the CIEH at a time when the strategies for the future have all been planned and commenced and I am confident that my successor will be able to continue the good work of the CIEH, protect the interests of our members and drive the importance and relevance of environmental health in the 21st century.”

President of the CIEH, Tim Everett, said: “Over his 44 years in environmental health roles, his 28 year career with the CIEH and since 2000, as our Chief Executive, Graham has made a substantial contribution to the organisation, to the profession, and to the wider public health arena.

“We will be working to make sure an equally high quality successor can take over the leadership of the CIEH from 2016 and beyond and we will be celebrating Graham’s many achievements later in the year.”

CIEH CEO announces he is to step down Graham Jukes OBE CFCIEH, Chief Executive of the Chartered Institute of Environmental Health (CIEH), has announced that he will step
SHP Online
SHP - Health and Safety News, Legislation, PPE, CPD and Resources

Joanna Whittington confirmed as Office of Rail and Road CEO