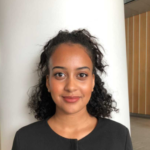 A refuse worker in Birmingham was nearly crushed to death by a bin lorry, after he was dragged into the lifting machine.

A video footage, anonymously sent to BirminghamLive, of a man being dragged by his clothes into the rotating lifting mechanism of a bin lorry, and then pulled into the back of the lorry, has raised concerns on whether an adequate risk assessment was taken.

The worker escaped serious harm or death, when a colleague reacted fast and pressed an emergency stop button to stop the machine.

Birmingham City Council have stated that an investigation on the incident is currently underway. The risk assessment will be examined to see if workers understood how to use the vehicle.

A spokesman for Birmingham City Council commented that: “Health and Safety is of paramount importance to us both for our employees and the residents they serve when going about their daily duties. We are currently investigating what led to this alleged incident and are therefore unable to comment on specific details”.

Refuse worker escapes being crushed by bin lorry A refuse worker in Birmingham was nearly crushed to death by a bin lorry, after he was dragged into the lifting machine.
Samah Ahmed
SHP - Health and Safety News, Legislation, PPE, CPD and Resources