Airlines are being urged to decrease risk of toxic air

Airlines are being put under scrutiny after research found that members are suffering severe health effects due to being exposed to toxic air. 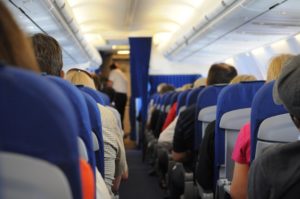 Unite, a union which represents thousands of airlines in the UK and Ireland, is urging airlines to take action to stop aero-toxic fumes from occurring during flights.

Legal action has been taken by Unite against several major airlines, after a programme, File on Four, highlighted the dangerous health risks the toxic air could have on pilots and cabin crew.

Around 200 cases, which are at various legal stages, and from eight airlines have been taken to court, with hearings beginning in 2021, in the high court.

A conference is also being held by Unite, for members who have been affected and are concerned about the effects of toxic air. This is also set to launch the next stages of its campaign in educating airlines on aero-toxic fumes during flights.

Assistant General Secretary for legal services, Howard Beckett said: “The airlines have got to stop buck-passing and take immediate measures to stop toxic air flooding into cabins and cockpits. Airline staff are having their health damaged by being exposed to fume events and many have been forced out of the industry as a result.

“These injuries can result in life-changing neurological symptoms with immunity systems irreparably damaged. In extreme cases, these poisonous toxins have been found in staff postmortem.

“While Unite has launched legal action this can’t be the end of the matter. Airlines have to take responsibility for the health and wellbeing of their staff and customers and install filters and other measures to prevent future fume events with immediate effect.”

Get your free ticket today
Airlines are being urged to decrease risk of toxic air Airlines are being put under scrutiny after research found that members are suffering severe health effects due to being exposed to toxic air.
Barbour EHS
SHP - Health and Safety News, Legislation, PPE, CPD and Resources