A study and survey were conducted by the HSE, to find out the most frequent health and safety complaint given by workers in the UK. 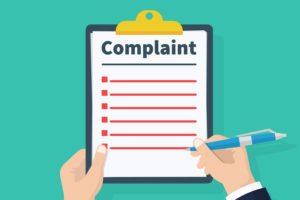 The research surveyed almost 1,000 workers in the UK. It revealed that a quarter of those surveyed were not familiar with the procedure to make a complaint relating to health and safety risks in the workplace, despite it being a legal requirement.

Between 2016-2019, data also revealed that the most frequent subject of complaints, was toilet facilities, with a total of 2,987 complaints, over three years. This was after an increasing number of complaints made to the HSE about working conditions was requested by the onsite accommodation provider, Bunkabin.

Other common reasons for raising complaints to the HSE included excessive noise (898), lack of canteen/restaurant/eating facilities (471), and damp (463).

A different survey conducted by Bunkabin in 2019 found that 47% of workers think their employers could do more to improve their toilet and shower facilities, while 28% said their workplaces feature toilets that are not separate and lockable, and 8% work in locations with no toilet facilities at all.

Luke Rothwell, Director at Bunkabin, said: “Employees are often the best people to provide information on risks in the workplace, and employers should ensure that workers understand how to raise concerns about the workplace and feel confident to do so. Involving them in making decisions shows that health and safety are taken seriously.

“It is shocking to think that the majority of complaints from workers are either falling on deaf ears or being inadequately responded to. Employers have a legal duty to ensure that workers are kept safe while carrying out their duties and is one of the most basic and essential requirements for any business.

“For many industries, such as construction and agriculture, workers are often working unsupervised in hazardous conditions, so if a worker fears for their safety, they should feel confident to raise their concerns with their employer.”

A quarter of workers in the UK are unfamiliar with procedure to make a complaint A study and survey were conducted by the HSE, to find out the most frequent health and safety complaint given by workers in the UK.
Barbour EHS
SHP - Health and Safety News, Legislation, PPE, CPD and Resources