1 in 4 serious injuries occur in the workplace, according to new research

New research into injury incidents in the UK has revealed the proportion of the population that have suffered a severe injury at work within the last five years. The data suggests that fifth of victims are unwilling to pursue claim against employer, young males are disproportionally affected by severe injury and just under half don’t know where to look for legal help. 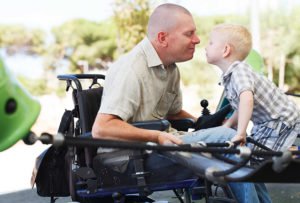 A survey of 1,000 adults across the UK, conducted by Fletchers Serious Injury, has revealed that 27.6% of people have suffered a serious injury from an accident in the workplace in the last five years.

The findings also suggested that almost a fifth (19.1%) of people would not pursue a claim if they suffered a serious injury, missing out on possible compensation and the support they need to get their life back on track.

One in eight respondents (12%) cited being worried about incurring a backlash from their employer and having their career prospects damaged by claiming for a workplace accident as the reason for their unwillingness to pursue a claim.

When questioned about their other motivations for not pursuing justice following an accident at work, 41% admitted that they would not know how to pursue legal action. This points to a potential shortfall in employers making their employees aware of their legal rights and ensuring they have the correct legal documentation (such as detailed employee handbooks and health and safety manuals) in place.

Men were also revealed to be more at risk than women, with a third of men (33.1%) having suffered a serious injury at work, compared with 18% of women. Young men, here defined as those aged up to 35, were even more severely affected, with almost six in 10 having experienced some form of serious injury (59.2%).

Adrian Denson, Chief Legal Officer at Fletchers Serious Injury, said: “When a person suffers a serious injury at work, coping with the direct physical and psychological consequences is extremely difficult indeed. And as they focus on each small step along the long road to recovery, it can be easy for the person to put their legal rights to one side. The very thought of bringing a legal claim can be daunting with many people not really knowing where they would start.

“Even more concerning is the substantial number of people that may be suffering in silence out of fear that seeking the help they need will affect their career further down the line, as well as their employer’s bottom line. This is a false, and damaging misconception – particularly when a serious injury can lead to a person being unable to return to work for a long time and often, when they do return, can still limit their ability to carry out their work without pain or worry.

“Virtually all employers are required to carry liability insurance, meaning that any legal action would be against the insurer rather than the employer directly. And there are important legal rights that protect a person who does pursue their right to claim for an injury at work, meaning that any decent employer should be very unlikely to hold it against their employee.”

Further statistics and information from the research can be found in the report here.

Listen now!
1 in 4 serious injuries occur in the workplace, according to new research New research into injury incidents in the UK has revealed the proportion of the population that have suffered a severe injury at work within the last five years.
Safety & Health Practitioner
SHP - Health and Safety News, Legislation, PPE, CPD and Resources

Not forgetting the 58% of DSE operators experiencing presenteeism and “carrying-on regardless” of early onset eye-strain, self-harming due to over-exposure to sub-optimal operator equipment screen interface ergonomics using the standard contrast settings.