Employers have been urged to safeguard employee mental health and invest in workplace wellbeing on World Mental Health Day. 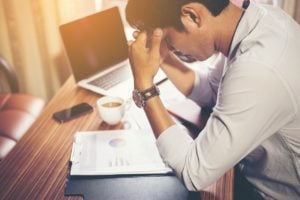 To mark World Mental Health Day, the British Safety Council has urged the Government and businesses to put more investment into tackling the issue of mental ill-health in the workplace.

UK Construction Week, in collaboration with Mates in Mind, conducted a survey recently which discovered that six out of 10 workers in construction have suffered mental ill-health because of their work. As a result of the findings, Mates in Mind too, has called on industry leaders and the Government to take a more considered, consistent, approach if to mental ill-health, if they want to achieve meaningful improvement within the workplace.

British Safety Council Chairman Lawrence Waterman said: “There is growing awareness of the scale of the mental health crisis. The facts are stark: one in three of us will be diagnosed with a mental health condition at some point in our lives. Three out of five people have experienced mental health issues due to work (Business in the Community).

“For years this issue went unrecognised and undetected, and I welcome the fact that government is now taking action. And that more and more companies are developing mental health strategies to support the needs of their workforce.

“We must continue to make progress, not least in how people see mental health and their role in dealing with it. Given the average person now spends a third of their adult life at work, we all have a part to play in safeguarding physical and mental health at work.

“Just as with physical health and safety, prevention is the best cure and the wisest investment. Changes that reduce stress, encourage early intervention and remove the mental health stigma deliver significant long-term benefits.”

James Rudoni, Managing Director, Mates in Mind added: “The work that Mates in Mind is doing to further raise awareness, address the stigma and improve mental wellbeing throughout workplaces across construction and associated industries, continues unabated. And over the last three years, this interest hasn’t dropped off, in fact just the opposite.

“A significant part of the work that we do is to provide real understanding and clarity around the issue of mental health. Signposting and supporting organisations to deliver the right support for their workforce. It is vital that organisations realise that this requires them to listen, encourage and support employees, rather than simply running short-term awareness campaign or one-off training.

“We are seeing the evidence from an increasing number of our supporter organisations that taking a ‘whole organisation’ approach is having both quantifiable and qualitative impact. Amongst the benefits we are witnessing are improved sickness absence rates, improved staff retention rates and more engaged workforces. For example, in the last two years, Tideway has reported a 12% rise in the number of staff who felt that they could approach their boss with a mental health problem – up from 64% in 2017 to 76% in 2018. A similar increase was reported in RSE Building Services, an SME firm, where they reported a nine per cent rise in staff feeling supported in relation to mental health – up from 66% in 2018 to 75% in 2019.

“It is important to create space to talk about mental health at work, and through improved awareness, increase individual’s understandings of how and where they can get support. That is why we are so pleased to be a partner supporting Public Health England’s campaign Every Mind Matters – enabling individuals to understand and better manage their own mental health.
But the fact remains, employers, must do more to ensure that the environments in which their workers are operating are improved to sustain an individual’s mental wellbeing, and in turn their businesses overall.”

The theme for World Mental Health Day this year is suicide prevention. Dr. Alberto Trimboli, President for World Federation for Mental Health (WFMH), said: “Suicidal behaviour has existed throughout human history, but due to several complex factors, it has increased gradually in all parts of the world and, in the past few decades, has reached alarming statistical levels.

“While the WHO has made suicide a priority issue for a number of years, it is important to emphasise that it is a topic that has attracted the interest of most fields of study for centuries, which is why it has been explored by philosophy, religion, medicine, sociology, bioethics, law, and psychology, among other fields.”

WHO estimates that more than 800,00 people commit suicide every year, meaning it is the principal cause of death among people fifteen to twenty-nine years old. This opposes the common belief that suicidal behaviours are restricted to adults only.

The rise of social media has meant many children also engage in this kind of behaviour, as a result of violence, sexual abuse, bullying and cyberbullying.

Dr. Trimboli continued: “But what is suicidal behaviour? The best-known definition, and, in my view, one of the clearest and most widely circulated, is the one that Durkheim articulated in his famous work Suicide. In effect, in this book, the author defines suicide as a term ‘applied to all cases of death resulting directly or indirectly from a positive or negative act of the victim himself, which he knows will produce this result.’

“The object of making suicide prevention the theme of World Mental Health Day in 2019 is to attract the attention of governments so that the issue might be given priority in public health agendas around the world.

“Getting people to talk about a subject that tends to be taboo and about which many hold mistaken and prejudiced ideas will help the community to learn about the risk factors so that they can identify and learn to address them.

“I reiterate, suicide is preventable and can therefore be avoided, which is why all of our efforts and public policies should focus on prevention,” he concluded.

Earlier this year, Dr Nick Bell delved deeper into understanding suicide in the construction industry, saying that the recent Guardian report into suicides at the Hinkley Point C project is a call-for-action. 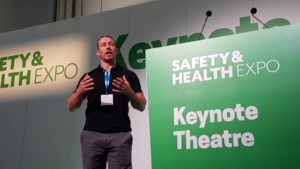 The British Safety Council, which has been delivering mental health awareness training since 2017, has developed new courses to increase understanding of factors which play a key role in employee health and wellbeing, including sleep, nutrition and exercise. These modules, available from November 2019, include training options for those with limited time.

Start the Conversation – a 45-minute session that aims to get employees thinking about mental health and talking about it.

Manage the Conversation – a three-hour workshop for line managers to give them the skills and confidence to have conversations about mental health.

Mental Health First Aid – a two-day course that teaches people how to identify, understand and help someone who may be experiencing a mental health issue.

There are also online resources: including Start the Conversation, which aims to get employees thinking about mental health and talking about it, Resilience, developed with elite sports professionals for building physical and emotional resilience, and Stress Awareness training for employees and managers.

For many sportsmen and women, the greatest achievement they can aspire to is an Olympic medal or a world championship. But now many are publicly talking about their battles and victories off the field, particularly around mental health in sport.

Earlier this year, Arguably one of the best-known rugby players in the world Jonny Wilkinson CBE, who famously kicked the drop goal that won England the 2003 World Cup with just seconds left in the final, discussed how his success on the field has taken its psychological toll in a packed Keynote Theatre on the final day of Safety & Health Expo 2019.

In May this  year, the World Health Organization announced that in the ICD11 (international classification of mental illnesses) there would be a new category of “burnout” as an occupational phenomenon – not a medical condition. But what causes burnout? Heather Beach, Managing Director at the Healthy Work Company, discusses burnout in more detail in this exclusive article for SHP.