Ian joined Informa (formerly UBM) in 2018 as the Editor of SHP. Ian studied journalism at university before spending seven years in online fantasy gaming. Prior to moving to Informa, Ian worked in business to business trade print media, in the automotive sector. He was Online Editor and then moved on to be the Editor of two publications aimed at independent automotive technicians and parts distributors.
January 6, 2020 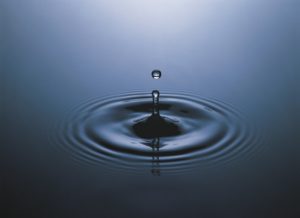 The UK Water Industry has released a new report, Benchmarking against the Thriving at Work standards for mental health provision.

Thriving at Work is an independent review of mental health commissioned by Government and led by Lord Dennis Stevenson and Paul Farmer CBE, Chief Executive of Mind. Through evidence and best practice, the review sets out six mental health core standards for employers. There are also several more ambitious or enhanced standards for larger employers who should lead the way in mental health provision

Karl Simons, Chief Health, Safety & Security Officer Thames Water and author of the report, said: “The survey undertaken gathers the position of the Client organisations working within the sector across Great Britain. It’s aim was to assess all against the 10 standards set out within the Prime Ministers report of 2018 led by Lord Stevenson and Paul Farmer. I am very pleased such major organisations from all four corners of the United Kingdom have taken the time to be assessed this year against the Thriving at Work Standards.

“The results clearly show the outcome of an industry that is collectively working hard in the provision of good mental health policies and practices aimed at supporting those that work within the sector. With 87% of companies meeting all six core Standards and 68% going further in demonstrating compliance against all four Enhanced Standards set out within the PMs Thriving at Work report, it is clear the organisations are acknowledging their role in supporting mental health within the workplace, so all can thrive whilst at work.”

Since the launch in July 2019, 15 water companies have completed the benchmarking survey. 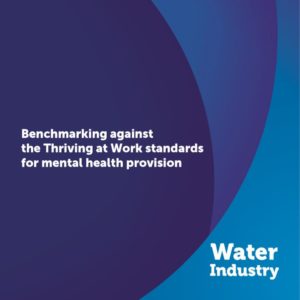 73% of the firms surveyed said that they already produce, implement and communicate a mental health at work plan, while every one of the 15 companies have ongoing mental health awareness among employees and promote effective people management through line managers and supervisors.

Over 86% said that their organisation encourages open conversations about mental health and provides support when employees are struggling, and 87% provide employees with good working conditions and ensure they have a healthy work life balance and opportunities for development.

The final of the core standards asked whether organisations routinely monitor employee mental health and wellbeing, with 73% making the grade here.

Read how the highways sector same together at House of Lords to hear results of the Thriving at Work Mental Health survey, here.