Ian joined Informa (formerly UBM) in 2018 as the Editor of SHP. Ian studied journalism at university before spending seven years in online fantasy gaming. Prior to moving to Informa, Ian worked in business to business trade print media, in the automotive sector. He was Online Editor and then moved on to be the Editor of two publications aimed at independent automotive technicians and parts distributors.
October 11, 2018 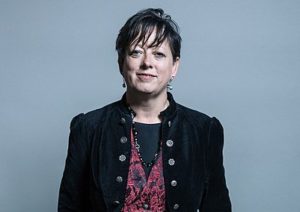 Jackie Doyle-Price has been the MP for Thurrock since 2010 and will now take up the role of Minister for Mental Health, Inequalities and Suicide Prevention.

Her job, according to the Prime Minister, will be to help tackle the stigma surrounding suicide.

Ms May said: “We can end the stigma that has forced too many to suffer in silence and prevent the tragedy of suicide taking too many lives.”

Although rates are falling, around 4,500 people take their own lives each year.

The global mental health summit has seen officials from more the 50 countries assemble in London.

During the summit, the government promised more support in schools and pledged £1.8m to the Samaritans, to enable the charity to operate its helpline for another four years.

Read a summary of all the SHP content from World Mental Health Day.

‘Workplaces are becoming more open to discussing mental health, but work is still leading to poor mental health for many’