Mind Matters: ‘How becoming a Mental Health First Aider opened my eyes to my own other issues and emotions’.

Carl Ward speaks about his experiences with his own mental ill health in ‘Mind Matters’, a series of mental health videos from SHP and The Healthy Work Company. 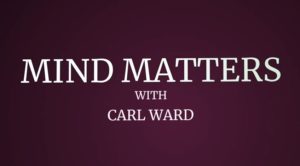 Over the next few weeks, SHP and The Healthy Work Company will be publishing a series of videos featuring people speaking candidly about their personal experiences with mental ill health.

In the third of the series Carl Ward, Company Director at SHAW Balance Ltd, discusses his experiences with his own mental ill health.

Carl speaks about becoming a Mental Health First Aider, what it taught him about himself, how mental health was viewed in his workplace and how his experiences with mental ill health have changed him.

“I became a Mental Health First Aider three years ago,” Carl told The Healthy Work Company’s Heather Beach, “and during that course we were asked to listen non-judgmentally. After the first day I went back to my hotel room and I thought, how could I listen to somebody non-judgementally about mental if I didn’t fully understand what had happened to me emotionally, mentally and physically over the last five years?”

Carl described the experience as a real eye-opener.

When He became a Mental Health First Aider, Carl was a project manager in the construction industry and said that he found the pressure and stress was masking many other issues and emotions from his home life.

“The first thing that I started to do differently was to talk more about my emotions and feelings. I didn’t get any medical help as such. I found more relief and comfort by talking to friends and family.”

When speaking about how metal health was viewed at his work at the time, Carl said: “The construction industry is such a masculine environment, there is a ‘I don’t want to talk about it’ attitude. It’s embarrassing for people, some find it very embarrassing to talk about emotions.

“If I were to go back into that position as a project manager in the construction industry, I would let go of my emotions a lot quicker,” he added.

Get Your Free Ticket Now
Mind Matters: ‘How becoming a Mental Health First Aider opened my eyes to my own other issues and emotions’. Carl Ward speaks about becoming a Mental Health First Aider, what it taught him about himself, how mental health was viewed in his workplace and how his experiences with mental health have changed him.
SHP Online
SHP - Health and Safety News, Legislation, PPE, CPD and Resources