ELAS, a business support service provider, coined ‘National Sickie Day’ after noticing an increased trend for absences on the first Monday of February, by its absence management team nearly 10 years ago. Other businesses in the UK  found a similar trend within their organisations of employees also taking an unexplained sick day. 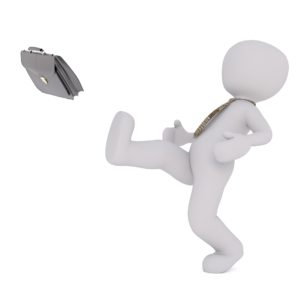 Researchers have predicted that it will cost the UK economy £34million in total. Awareness Days predicted that there were an estimated 350,000 absences from work on the first Monday of February 2019.

Breathe, a HR system provider for SMEs, surveyed over 1,500 employees and SME business leaders in its ‘Sick Report 2019: the state of health and wellbeing in British SMEs’ and found that unexplained sick days are costing the economy £1.4billion annually.

CEO of Breathe, Jonathan Richards, said: “Running a business is one of the most challenging things someone can do and our research shows mental health issues are prevalent at board level too. This makes it all the more important for SMEs to focus on its company culture by prioritising employee health and wellbeing, this means leading from front and practising what you preach. Afterall employee and boardroom burnout is not conductive to business success.”

Data collected by Savoy Stewart, a commercial surveyor and real estate agency, revealed that employees are likely to not be ill or sick when taking a sick leave on February 3, but use it as an excuse for a day away from their work environment. This could be due to reasons such as an employee not feeling comfortable sharing the real reason or believe that it is not valid enough to use as an excuse.

Savoy Stewart surveyed 2,160 employees from a variety of sectors to investigate the most common excuses for why they lied about having a sick day.

The most common reason employees felt they needed a day off was because of mental health reasons, with 20% of those surveyed admitting to it.

How to ask an employer for a mental health day off 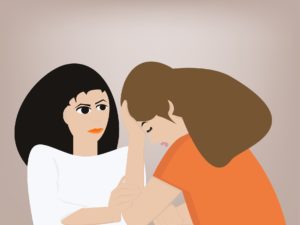 Employees may have concerns about discussing their mental health issues with their employer.

However, telling an employer is crucial as they can provide better support and adjustments in the workplace for employees struggling with mental health. This could also help reduce the need to use a physical illness as an excuse for sick day and in turn, decrease sick days in general.

If you decide to tell your employer, Mind.org says there are key things to think about to make it easier for workers and employers to understand each other such as: how and when to do it, a doctor’s note can be helpful to help explain an employee’s situation; how much information an employee wants to give, they don’t have to go into personal details but just focus on how the mental health problem impacts your job and whom to share it with for example, the human resource (HR) department may know your diagnosis, but they don’t have to tell your supervisor or colleagues.

Senior Adviser at Acas, Tom Neil commented: “Employers have a duty of care to their employees to look after their safety and wellbeing, and this includes their physical and mental health. For people to be able to be honest about how they feel at work, good work practices including having an inclusive culture and effective people management are key.”

The least likely industry to take a false sick day is the teacher training and education industry, with only 24% admitting to using an untrue sick day to take time off work.

‘Mental health issues are the most common excuse for National Sickie Day’ ELAS, a business support service provider, coined ‘National Sickie Day’ after noticing an increased trend for absences on the first Monday of February, by its absence management team nearly 10 years ago. Other businesses in the UK  found a similar trend within their organisations of employees also taking an unexplained sick day.
Samah Ahmed
SHP - Health and Safety News, Legislation, PPE, CPD and Resources