Ian joined Informa (formerly UBM) in 2018 as the Editor of SHP. Ian studied journalism at university before spending seven years in online fantasy gaming. Prior to moving to Informa, Ian worked in business to business trade print media, in the automotive sector. He was Online Editor and then moved on to be the Editor of two publications aimed at independent automotive technicians and parts distributors.
January 28, 2021

The Lord Chancellor has set out how the government plans to support people with neurodivergent conditions such as autism and dyslexia, as well as those with acute mental health problems, within the criminal justice system. 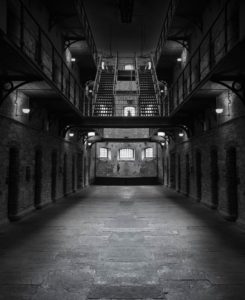 The mental health system reform plans aim to be less discriminatory towards black people and changes made to ensure that neither autism nor learning disabilities will be grounds for detention. The Lord Chancellor has said this needs to apply in prisons too.

“Support for all victims of crime continues to improve at every stage of the justice system – with a further £40m investment announced in the Chancellor’s Spending Review. But for those who may need some extra guidance when navigating what can be a daunting web of courts, tribunals, probation and prison systems – we must go further.

“It might be that people with conditions like autism get lost in the complex processes and legal language that are difficult for them to understand. It can even be as simple as them needing more help to fill in forms to get accommodation when released from prison.”

The Lord Chancellor has commissioned a Call for Evidence and a review to find out how prevalent these issues are and put together a clearer picture of what support is already out there.

This review won’t just cover conditions such as autism and dyslexia but a whole host of learning difficulties and disabilities, as well as emotional and behavioural changes that are a result of brain injuries.

“The wider changes we are making to the Act will also help reduce stigmas and improve the care of people with mental health conditions, including those who end up in the criminal justice system. There are too many repeat low-level offenders with acute mental health problems, often started or made worse by drugs and alcohol, unable to get the medical help which would stop them committing crime.

“Prisons should be places where offenders are rightly punished for their crimes, not simply somewhere to send those whose biggest danger is their own mental health.

“Our reforms will ensure these vulnerable people get the right treatment, in the right place, at the right time while also allowing our hard-working prison officers to do the job they were employed to – dealing with criminals, not the mentally unwell.”

Listen now!
‘Time for action on mental health in prisons’, says Lord Chancellor The Lord Chancellor has set out how the government plans to support people with neurodivergent conditions such as autism and dyslexia, as well as those with acute mental health problems, within the criminal justice system.
Ian Hart
SHP - Health and Safety News, Legislation, PPE, CPD and Resources

Disability Discrimination, Digital Eye-Health, DSE / Text Accessibility & Inclusion As, there have always been a disproportionate number of the 30% of age-diverse UK population in the secure estate who left secondary education either pre or post ’16’ “functionally illiterate”, including up to 50% of the 30% functionally illiterate falling into the Dyslexic / Neurodiverse spectrum’s or with preexisting visual impairments, “Accessibility” specifically “Access to Digital Text” is an educational / workplace RSI Disability issue…. Not only but also as, the Civil Service knows statistically 43,000 (10%) are Dyslexic and at a 4 to 7 fold increased risk of eye-strain… Read more »