Ian joined Informa (formerly UBM) in 2018 as the Editor of SHP. Ian studied journalism at university before spending seven years in online fantasy gaming. Prior to moving to Informa, Ian worked in business to business trade print media, in the automotive sector. He was Online Editor and then moved on to be the Editor of two publications aimed at independent automotive technicians and parts distributors.
January 13, 2021

Mental health system overall aims to be less discriminatory towards black people and changes made to ensure that neither autism nor learning disabilities will be grounds for detention. 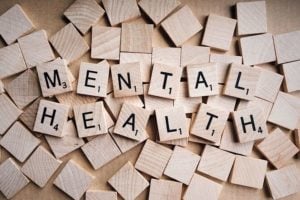 The Government has announced plans for a reform of the Mental Health Act, making changes to how people are sectioned in England and Wales.

When people are detained under the Mental Health Act, for their own safety, or the safety of others, they are immediately considered to be “sectioned”, no matter how long they are detained for.

The Mental Health Act White Paper aims for people to be treated “as individuals, with rights, preferences, and expertise”. It also sets out proposals to empower individuals to have more control over their own treatment, take action to address the disproportionate detention of people from black and minority groups and improve the way that people with learning disabilities and autistic people are treated in law.

The BBC reports that the reforms will see a Patient and Carers Race Equality Framework introduced across all NHS mental health trusts. The Government describes this as a practical tool to improve the outcome for BAME communities.

Patients from all ethnic backgrounds can be supported, with the development of what Ministers call “culturally appropriate advocates”.

“I want to ensure our health service works for all, yet the Mental Health Act is now 40 years old.

“This is a significant moment in how we support those with serious mental health issues, which will give people more autonomy over their care and will tackle disparities for all who access services – in particular for people from minority ethnic backgrounds.”

A public consolation on the plans has been opened, with the Mental Health Bill set to be published in 2022.

The Government will consult on several proposed changes, including:

Sophie Corlett, Director of External Relations at Mind, said: “We are pleased the Government has accepted the majority of the recommendations made in the Independent Review. This is just the beginning of what is now a long overdue process. At the moment, thousands of people are still subjected to poor, sometimes appalling, treatment, and many will live with the consequences far into the future. Our understanding of mental health has moved on significantly in recent decades but our laws are rooted in the 19th century. Change on the ground cannot come soon enough.

“It is reassuring to see that many of Mind’s concerns – and those of the people with experience of the Mental Health Act who we supported to feed into the Review – have been heard. We must now see as many people as possible with experience of mental health problems take part in the public consultation process, to make sure their voices and experiences are at the heart of reforms.”

Mark Winstanley, CEO of Rethink Mental Illness, described the news as a ‘significant milestone’. He said: “Many people will take for granted their right to have choice and control over the medical treatment they receive. But thousands of people every year who are severely affected by mental illness and who are detained under the act lose those rights and temporarily their liberty.

“The proposals set out in the white paper, all informed by the Independent Review of the Mental Health Act, give real hope for a more person-centred and principled Mental Health Act which better reflects how a modern society thinks about mental illness.”

Sarah Hughes, Chief Executive at the Centre for Mental Health, added: “The need to modernise the Mental Health Act could not be clearer. Every year, the number of people who are sectioned grows. While we know this can save lives, the use of coercion can also cause lasting trauma and distress. And we have known for too long that black people are subjected to much higher levels of coercion at every stage of the system. It is time for this to change.

“We need to redress the power imbalance between people subject to the act and the state and to make the system fairer for all. We hope that today will bring us a step closer to mental health legislation that respects and protects people’s rights and dignity, that reduces inequality and that turns the tide on the growing use of coercion.”

Click here for more on the landmark reform of mental health laws.