SoloProtect, the manufacturer of the Identicom lone worker device, which allows the user to discreetly raise an alarm, has announced UK and European audit approval for its Alarm Receiving Centre (ARC), to which the Identicom connects.

The Identicom device which can be uniquely styled as an ID badge, continues to be the most widely used, dedicated lone worker device with over 150,000 users. The ‘Red Alert’ function activated by a single button-press on the rear of the device – an action that can easily be carried out without breaking eye-contact during a verbal aggression situation – connects the user to the ARC, where an incident is reviewed, recorded and escalated appropriately, including a level one Police response if warranted. 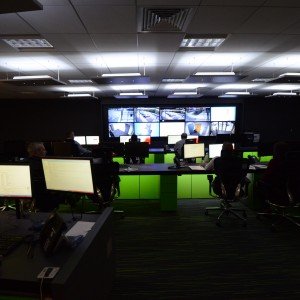 SoloProtect has now announced a successful audit process against BS8591 and EN50518 taking place last month. The company, previously named Connexion2, moved into its new UK Head Office, named Suzy Lamplugh House (in honour of the missing estate agent who was working alone when she disappeared in 1986), in September 2015. The ARC, which is situated on the same site, is now going through the process of acquiring URN’s from UK Police Forces in order to be operational from January 2016.

The audit, which came about as previous UK ARC standard BS5979 has been withdrawn and superseded, sees BS8591 take its place as an interim standard prior to the European standard EN50518 being reissued in late 2016 – which is anticipated to form the benchmark for European ARC’s moving forward.

Craig Swallow, Managing Director of SoloProtect commented: “Investing in a purpose-built Alarm Receiving Centre has been a long and considered process – and we’re hugely excited about the end result, and with what this will enable us to deliver to our customers. We wanted our ARC to continue to deliver the great service that SoloProtect customers have been accustomed to, but also have cutting edge features that allows us to exceed the requirements of new standards, and ultimately improve a lone worker’s Police response in the future”.

Work-related stress and the wellbeing of frontline workers